The German government will grant a subsidy to the enterprise of the world's richest businessman in support of the battery industry in Europe. 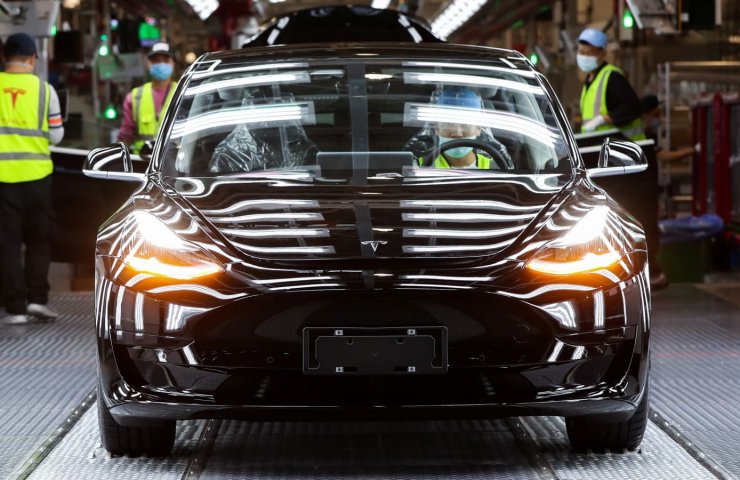 US electric vehicle manufacturer Tesla may receive a billion euros in government funding from Germany as a subsidy to build a battery plant near Berlin, Business Insider reported on Monday.

Subsidies, which are part of the support for 11 battery-related businesses under the so-called "important project of common European interest", will be paid by the federal government and the regional state of Brandenburg, the publication reports, citing government sources. </p >

According to the plans of the American company, the fourth Gigafabrika will start working next year. Up to half a million Model 3 sedans and Model Y crossovers will roll off the assembly lines annually.

The Berlin plant will also annually produce innovative "million miles" batteries with a total capacity of up to 250 GWh, almost the same as the entire global battery cell industry is currently producing.

Earlier today it was reported that Ukraine has joined the European Battery Alliance, which supports the construction of new plants for the production of batteries for electric vehicles, represented by the State Service of Geology and Mineral Resources of the country.

Recommended:
Russia expanded sanctions against Ukraine
CEO resigned from Interpipe
Australian metallurgists have decided to postpone the transition to hydrogen technology for 20 years
On this topic
Electric vehicle production in Germany is growing at astronomical numbers - DW
Tesla Berlin Gigafactory construction halted again
Tesla to build exclusive electric cars in Berlin for $ 25,000
Tesla can count on subsidies from the German government – Minister Altmaier
On Saturday, the Germans protested against the construction of girafarig Tesla on the outskirts of
Elon Musk will invest in the factory in Berlin 4.4 billion euros
Add a comment
Сomments (0)
News Analytics
Where and how much gold is there in Ukraine?25-02-2021, 21:28
A plot with copper deposits in the Volyn region of Ukraine has risen in price25-02-2021, 18:26
ArcelorMittal is preparing to announce another price increase in the next few25-02-2021, 18:43
Indonesian gold mine collapse kills 3 people, 5 missing25-02-2021, 18:41
MMK them. Ilyich purchased electricity from Energoatom for 26 million hryvnia25-02-2021, 13:12
Troy ounce of gold will drop $ 500 in two years - Fitch25-02-2021, 18:29
Global iron ore production growth to outstrip cumulative production in India23-02-2021, 10:22
Fitch Ratings Warns of “Shocking Impact” on Fossil Fuel Exporters18-02-2021, 14:44
Raw material prices rise by about 10.5% in January 2021 - Deutsche Industriebank12-02-2021, 10:48
JP Morgan Analysts Announce New Super Growth Cycle in Commodities11-02-2021, 17:56
Sign in with: