According to Sanjeev Gupta, France is an ideal place to test new technologies, thanks to its strong industrial heritage, skilled workforce and low carbon infrastructure. 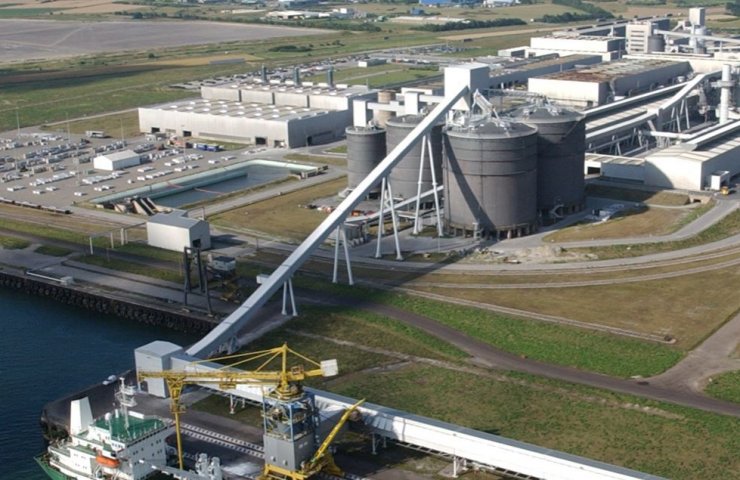 LIBERTY Steel Group, part of the British billionaire Sanjeev Gupta's GFG Alliance, has signed a Memorandum of Understanding with the Luxembourg-based engineering company Paul Wurth and the SHS technology group - Stahl-Holding-Saar (SHS) to build and operate an industrial-scale hydrogen smelter in Dunkerk in France.

If the project is implemented, the Dunkerk plant will become one of the first enterprises of this type in France.

“Our industry is in need of a rapid rethinking of steelmaking as the need to reduce emissions becomes more pressing against the backdrop of growing global demand for our products and regulatory pressure to reduce carbon emissions. Making hydrogen steel can solve this problem and we are determined to work with like-minded people to make it happen, ”commented Sanjeev Gupta.

According to preliminary data, the metallurgical capacity of the planned hydrogen plant will amount to about 2 million tons of sponge iron per year, which will be produced using direct reduction technology (DRI) with an integrated hydrogen electrolysis plant with a capacity of 1 GW.

The Dunkerka plant will initially use a mixture of hydrogen and natural gas as a reducing agent for the production of direct reduced iron and hot briquetted iron (HBI), and then, once the electrolysis plant is completed, it will switch to 100% hydrogen.

Recommended:
Novokramatorsk Machine-Building Plant built two roadheaders of a new model P110-03
The largest titanium deposit in Ukraine went to Dmitry Firtash
Lockdown of the Suez Canal will last until at least April 1: it could drive up steel prices
On this topic
British LIBERTY Steel restarts a metallurgical plant in Poland
Liberty Steel starts supplying environmentally friendly rails for French Railways
British billionaire Sanjiv Gupta buys U.S. steel company, Bayou Steel Group
The Gupta family comes out of the shadows: announced the creation of a new metallurgical Corporation
Liberty Steel CEO writes letter to Financial Times
GFG Alliance Supports UK Steel Sector Finance Initiative
Add a comment
Сomments (0)
News Analytics
The capacity of the domestic steel market in Ukraine in January-March decreased19-04-2021, 10:33
In Russia, there is an exuberant demand for agricultural machinery19-04-2021, 10:24
Iran is satisfied with the reaction of the world community to 60% enrichment of18-04-2021, 13:24
Gas prices in Ukraine have reached a record value over the past two years -16-04-2021, 17:24
Ukrmetallurgprom asks the Antimonopoly Committee to allow Metinvest to bid for16-04-2021, 17:23
World Steel Association predicts a good year for metallurgists15-04-2021, 18:19
World Steel Association defines green steel and its variations12-04-2021, 13:14
China unlikely to cut steel capacity in 2021 due to high steel prices07-04-2021, 12:11
Scrap metal market at the beginning of April02-04-2021, 11:10
Rising Chinese Prices Fueled Rising Global Steel Prices - MEPS25-03-2021, 18:54
Sign in with: