Chip shortages, pandemic lockdowns, regulatory problems due to Brexit have reduced monthly car production in the UK to almost 100,000 units. 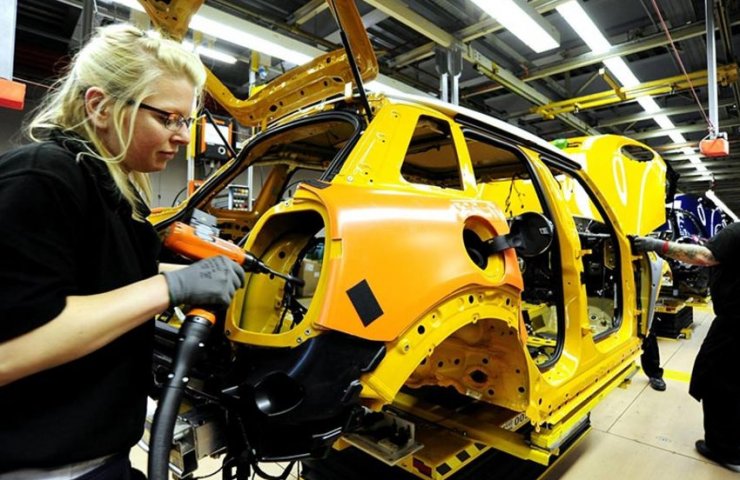 Car production in Great Britain in February fell by 14% to 105 thousand vehicles. Such data on Friday was published by the Society of Manufacturers and Dealers of Great Britain (SMMT). This is the worst February performance in more than a decade, with overall car production declining for the 18th straight month.

The production of cars for the domestic market fell especially strongly - by 34.9%, production for export decreased by 8.1%. Exports account for 83.2% of the total British car production, while only 16.8% of the cars produced in the country go to the domestic market. SMMT attributed the poor February performance to the continued impact of the pandemic, including continued dealership closures, new Brexit customs procedures and supply chain difficulties, among other things. Among other things, the global auto production is negatively affected by the shortage of semiconductors - many companies have already reduced or temporarily stopped production because of this.

SMMT predicts that auto production will grow by 15.8% in 2021 compared to last year, which turned out to be the worst for the sector since 1984. “Fortunately, there are some gaps: UK car dealerships are due to reopen on April 12, vaccinations are showing progress and there are concrete plans to rebuild the economy,” says SMMT head Mike Howes.

Recommended:
Rising Chinese Prices Fueled Rising Global Steel Prices - MEPS
China's foreign trade turnover grew by 29.2% in the first quarter of 2021
Egypt to demand at least $ 1 billion in compensation after Suez Canal congestion
On this topic
British auto industry will lose 50 billion pounds if the country leaves the EU without a deal
The British car industry has fallen to a postwar level
The uncertainty associated with the Brexit, the pressure on the British car industry
The deficit in Britain: the Brits are stocking up before Brexit
Lookers British auto show fell 30 percent
UK car production plummets 18 percent in January
Add a comment
Сomments (0)
News Analytics
Iran is satisfied with the reaction of the world community to 60% enrichment of18-04-2021, 13:24
Gas prices in Ukraine have reached a record value over the past two years -16-04-2021, 17:24
Ukrmetallurgprom asks the Antimonopoly Committee to allow Metinvest to bid for16-04-2021, 17:23
A fatal accident occurred on the territory of the Dnieper Metallurgical Plant16-04-2021, 13:01
Cars built for Euro 2012 will be repaired at the Kryukov Carriage Works16-04-2021, 12:46
World Steel Association predicts a good year for metallurgists15-04-2021, 18:19
World Steel Association defines green steel and its variations12-04-2021, 13:14
China unlikely to cut steel capacity in 2021 due to high steel prices07-04-2021, 12:11
Scrap metal market at the beginning of April02-04-2021, 11:10
Rising Chinese Prices Fueled Rising Global Steel Prices - MEPS25-03-2021, 18:54
Sign in with: