Copper could be the key to converting CO2 back to fuel 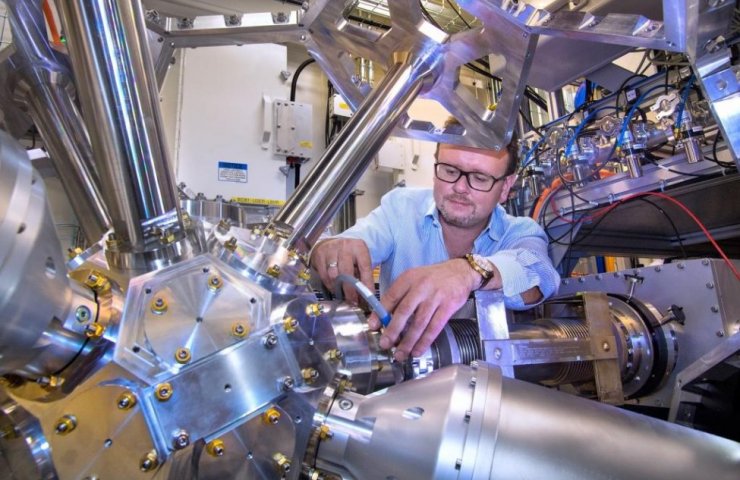 Climate change has become a regular topic in the news around the world as levels of anthropogenic CO 2 continue to rise steadily. Researchers at the Ruhr University Bochum and the University of Duisburg-Essen have developed a new catalyst to convert carbon dioxide (CO 2 ) into fuel.

In the article, published in the journal Angewandte Chemie, the scientists explain that they have optimized existing copper catalysts to improve their selectivity and long-term stability.

A team led by Yanfang Song modified the copper catalyst with boron. Scientists have tested various ratios of copper and boron and determined the optimal composition to promote the formation of compounds in an electrochemical reaction with more than two carbon atoms. They also showed that a boron-copper catalyst can work on an industrial scale.

Their experiment included the implementation of the system in the form of a gas diffusion electrode, in which a solid catalyst catalyzes an electrochemical reaction between the liquid and gas phases. CO 2 should dissolve at the interface between these phases, and the group was able to achieve this with the help of a special binder.

In addition to this, as well as to prevent corrosion of the electrodes and maintain the stability of the system for a long period, chemists have built a so-called "sacrificial anode" of zinc into the system. Since zinc is a less noble metal than copper, it is the first to corrode and copper is retained.

“The combination of a selective and active catalytic material in the gas diffusion electrode and the addition of stabilizing zinc is an important step towards using CO 2 for the synthesis of basic chemicals,” said Wolfgang Schumann, co-author of the study in a statement to Media.

Recommended:
The first quarter of 2021 did not bring expected production growth to Ukrainian metallurgists
Metinvest to raise wages for workers in Ukraine from May 1
Japan to build largest electric arc furnace for green steel production
On this topic
The United States expands the list of organizations associated with the development of Russian
The first hydrogen hub will be created in Duisburg, Germany by STEAG and ThyssenKrupp
What technologies help robots to become human?
Where to order a selling text on a website in 2020
ArcelorMittal switches to hydrogen gas for pure steel production
The study of defects of 3D-printing metals using X-rays has begun
Add a comment
Сomments (0)
News Analytics
Ukraine and the United States are deepening cooperation in the trade and20-04-2021, 20:46
Nikopol pipe plant "Centravis" is approved as a supplier of the Chinese20-04-2021, 20:10
The capacity of the domestic steel market in Ukraine in January-March decreased19-04-2021, 10:33
In Russia, there is an exuberant demand for agricultural machinery19-04-2021, 10:24
Iran is satisfied with the reaction of the world community to 60% enrichment of18-04-2021, 13:24
World Steel Association predicts a good year for metallurgists15-04-2021, 18:19
World Steel Association defines green steel and its variations12-04-2021, 13:14
China unlikely to cut steel capacity in 2021 due to high steel prices07-04-2021, 12:11
Scrap metal market at the beginning of April02-04-2021, 11:10
Rising Chinese Prices Fueled Rising Global Steel Prices - MEPS25-03-2021, 18:54
Sign in with: