The largest tech company could invest 80 billion euros in expanding its European business over the next decade. 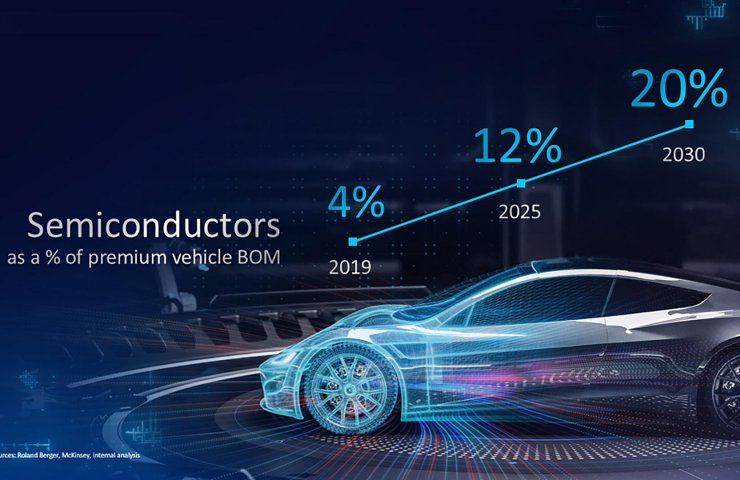 American technology giant Intel Corp., one of the world's leading manufacturers of computer components, plans to build at least two new cutting-edge semiconductor factories in Europe with plans for future investments that could amount to 80 billion euros over the next decade. About this said Intel CEO Pat Gelsinger during his first personal speech since taking over the company in February.

According to him, the share of the cost of semiconductors in the total specification of new premium cars will increase to more than 20% by 2030, which is 5 times higher compared to 4% in 2019. Gelsinger described the situation as a formidable challenge and a huge opportunity - and an ideal time for Intel.

“This new era of robust semiconductor demand requires bold and ambitious thinking,” Gelsinger said. “As CEO of Intel, I am honored to mobilize 116,000 employees and a huge ecosystem of chip design and manufacturing to meet demand.”

He also elaborated on elements of the previously announced strategy of Intel Foundry Services 2.0 and shared how these programs will be applied specifically to the automotive and mobile industries in the European Union. Most automotive chips today are manufactured using outdated technology. As automotive applications move to higher performance processing, ICs are also starting to move to more advanced manufacturing processes. Intel is partnering with leading players in the automotive industry and committing significant resources in Europe to help drive this transition around the world in the coming years.

The company announced plans to build microprocessor capacity at its factory in Ireland and launch the Intel Foundry Services Accelerator to help automotive chip designers move to modern nodes.

Intel's biggest competitors such as Taiwan Semiconductor Manufacturing Co. and Samsung Electronics Co. have previously said they intend to spend significant sums on building up production capacity in the coming years. The recent global chip shortage has hit car makers particularly hard, as they are forced to cut production volumes, suspend factories, or shift employees to shorter working hours.

Финансовая аналитика, прогнозы цен на сталь, железную руду, уголь и другие сырьевые товары. More news and analytics on Metallurgprom telegram channel - subscribe to get up-to-date market information and price forecasts faster than others.
Сomments
Add a comment
Сomments (0)
On this topic
What technologies help robots to become human?
Is the German auto industry preparing for a collapse?
Where to order a selling text on a website in 2020
German auto giants are betting on hydrogen cars
Bosch opens new chip factory in Dresden six months ahead of schedule
April Global Computer Chip Sales Up 22% YoY
Recommended:
EU Commission not doing enough to save aluminum industry - associations
Islamabad receives $1.5 billion investment proposal for PSMC privatization
Employees of Ukrzaliznytsia mined crypto on service equipment
News Analytics
EBRD downgrades Ukrainian economic growth forecast for 2023 from 25% to 8%28-09-2022, 13:57
EU plans additional sanctions against Russian metallurgy27-09-2022, 10:34
The European Commission has approved 5.2 billion euros of state support for27-09-2022, 10:43
China's leading industrial profits fall 2.1% in first 8 months27-09-2022, 10:20
Moody's changed the outlook for the global mining industry to26-09-2022, 19:04
China production cuts in winter will give limited boost to steel markets -15-09-2022, 10:09
Steel prices may rise as manufacturers stop production11-09-2022, 14:06
IREPAS: The global long products market is in a "dramatic situation"10-09-2022, 20:49
Steel prices are unlikely to rise significantly in the near future - analysts02-09-2022, 22:58
Steel prices may move up on new data from China31-08-2022, 12:19
Sign in with: