The cost of greenhouse gas pollution in Europe today is more than double the pre-pandemic level. 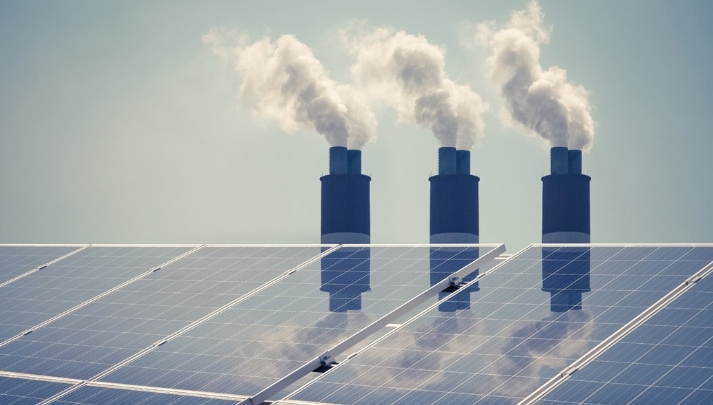 The European Union Emissions Trading System (ETS) carbon price has extended its record growth and surpassed € 50 per ton for the first time, bringing the cost of greenhouse gas emissions in the EU to more than double the pre-pandemic level. Since the beginning of the year, CO 2 prices in Europe have increased by more than one and a half times.

The growth has made carbon credits one of the most popular commodities in the world, even as growth in the sector has raised concerns about inflation. While environmentalists applaud the rising cost of pollution for electricity suppliers and industry, there are concerns that the rate of growth is higher than companies can afford.

Last week, businesses in the steel sector and other highly polluting industries such as petrochemicals and cement called on the EU to accelerate plans to introduce a carbon border adjustment tax on imports from non-member countries, fearing that they will be at a disadvantage.

The steel sector in Europe, for example, will face carbon costs of around € 2 billion this year at current price levels, despite the fact that member countries will provide most of the carbon permits for free. </p >

Under the ETS, companies are allocated a certain number of quotas to cover at least part of their emissions. If they reduce pollution, for example by using renewable fuels or natural gas instead of coal, they can sell the remaining allowances for profit. But if they increase pollution, they need to buy additional allowances to cover their emissions in accordance with the so-called emissions trading model.

Some analysts in the sector suggest that by the end of the decade, the price of allowances could reach 100 euros per tonne, which they believe is necessary in order to make alternative fuels such as green hydrogen competitive.

Recommended:
In June Energomashspetsstal shipped 1,782 tons of finished metal products to consumers
Zaporizhstal increased steel production and reduced pig iron production
GOODVOROTA has mastered the production of paneled doors for individual orders
On this topic
Poland supports introduction of carbon tax at EU borders
The European Commission announced the reduction of industrial emissions by 2% to 30-year low
WTO to consider Turkey's complaint against European Union restricting steel imports
In Eurofer said about the futility of new protective measures on EU steel market
ArcelorMittal approved the "green deal" of the European Commission
Prospects for the development of the economy and steel market in the EU in 2019-2020
Partner news
Сomments
Add a comment
Сomments (0)
News Analytics
National Bank of Ukraine predicts economic growth in 2021 by 3.8%29-07-2021, 23:32
"Electrotyazhmash" shipped the stator housing of the hydrogenerator to the29-07-2021, 18:00
Gas price in Europe exceeded $ 500 per thousand cubic meters29-07-2021, 16:43
German concern ThyssenKrupp sells its mining business29-07-2021, 16:22
We are working hard: Ukrzaliznytsia records record indicators of daily load29-07-2021, 11:56
Steel raw materials prices decline in all regional markets27-07-2021, 11:57
On the regional markets of metallurgical products, prices are balancing in a22-07-2021, 16:22
Demand for armaments will ensure a stable growth of armored steel sales by 4%20-07-2021, 10:10
Protectionist Measures Support European Steel Prices Despite Summer Lull19-07-2021, 11:02
Positive price growth is observed in the markets for metallurgical products16-07-2021, 14:12