The Parliamentary Business Committee has launched an official investigation into Liberty Steel following the collapse of its largest lender, Greensill Capital. 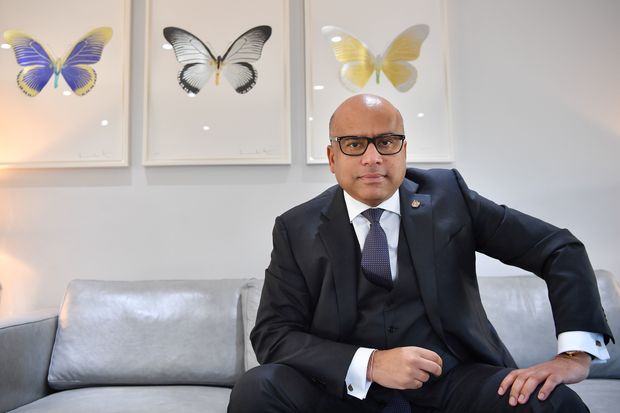 The UK Parliament's Business, Energy and Industry Strategy Committee (BEIS) will review the impact of the lender's collapse on Liberty Steel, its customers and approximately 3,000 UK employees who could be in danger of being fired if the company does not find alternative funding. About this reported by The Guardian.

The committee is reportedly planning to summon billionaire GFG Alliance owner Sanjeev Gupta, who is currently based in Dubai, and Greensill Capital founder Lex Greensill to testify.

The main task of the committee will be to examine the issue of providing financial support to the Gupta smelters and to develop adequate checks and balances in exchange for government support.

A spokesperson for Liberty Steel commented, “Liberty Steel will fully support the committee's investigation and look forward to contributing to the committee's work to ensure a sustainable future for the UK steel industry and skilled jobs, local communities and critical supply chains that depend on it.” /p>

Recommended:
The development of hydrogen technologies is becoming a national security issue for Ukraine
Tesla's Berlin Gigafactory to be fined for installing devices not approved by the authorities
Merkel gave her word that Nord Stream 2 will not affect the transit of Russian gas through Ukraine
On this topic
David Cameron declares his innocence in the problems of Liberty Steel and GFG Alliance
Liberty Steel requests £ 170m emergency aid from UK government
British government prepares plans to rescue Liberty Steel plants - Bloomberg
UK prime minister hit by Liberty Steel's financial woes
Sanjeev Gupta Metallurgical Alliance Stops Paying Greensill Loans
British unions fear thousands of jobs to be lost due to Sanjiv Gupta's financial woes
Partner news
Сomments
Add a comment
Сomments (0)
News Analytics
Gazprom cuts gas pumping into underground storage facilities in Europe and01-08-2021, 21:54
ArcelorMittal Kryvyi Rih will raise salaries by 10% in two stages if it31-07-2021, 21:03
SE "Antonov" in Canada will build a completely new aircraft - the statement of31-07-2021, 21:11
National Bank of Ukraine predicts economic growth in 2021 by 3.8%29-07-2021, 23:32
"Electrotyazhmash" shipped the stator housing of the hydrogenerator to the29-07-2021, 18:00
Global gold supply to grow by 3.6% in 202131-07-2021, 21:12
Steel raw materials prices decline in all regional markets27-07-2021, 11:57
On the regional markets of metallurgical products, prices are balancing in a22-07-2021, 16:22
Demand for armaments will ensure a stable growth of armored steel sales by 4%20-07-2021, 10:10
Protectionist Measures Support European Steel Prices Despite Summer Lull19-07-2021, 11:02