The proposed actions will increase carbon sequestration by increasing the area of ​​forest plantations, which will help mitigate the effects of climate change. 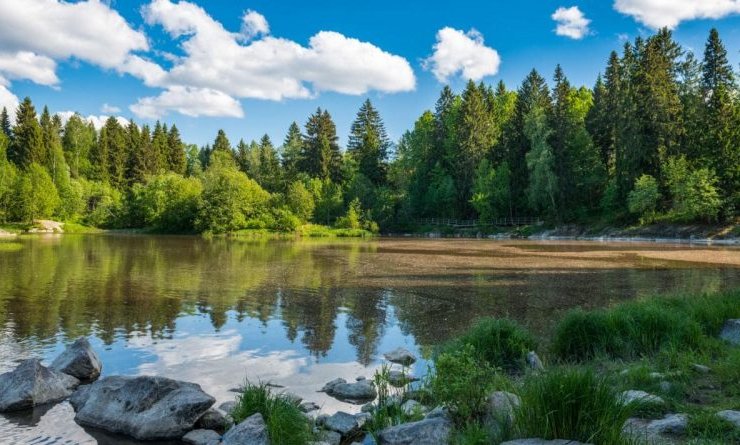 The European Commission today adopted the EU's New Forestry Strategy 2030, the flagship initiative of the European Green Deal, based on the EU's biodiversity strategy.

The Forest Strategy contributes to the package of measures proposed to achieve a reduction in greenhouse gas emissions of at least 55% by 2030 and climate neutrality by 2050 in the EU.

According to the press service of the European Commission, addressing social, economic and environmental aspects, the Forest Strategy is aimed at ensuring the multifunctionality of EU forests and emphasizes the key role of foresters.

The strategy is followed by The roadmap to plant 3 billion additional trees across Europe by 2030, fully sustainably respected - the right tree in the right place for the right goal.

Frans Timmermans, Executive Vice President of the European Environment Agreement, said that Europe's forests are now under threat of extinction.

“For our water to be clean and our soil rich, we need healthy forests. The forests of Europe are under threat. That is why we will work to protect and restore them, improve forest management, and support foresters and rangers, ”he said.

The Strategy commits to strictly protect primary and old growth forests, restore degraded forests and ensure their sustainable management - in a way that preserves the vital ecosystem services that forests provide and on which society depends.

Let us remind you that it is planned to plant a billion new trees in Ukraine in the next three years. President Volodymyr Zelenskyy plans to increase the forest area in Ukraine and signed a corresponding decree on the launch of the Green Country environmental project.

Recommended:
UK's largest tobacco firm switches from nicotine to cannabis - BBC
Interpipe specialists licensed a workshop in the UAE for threading premium pipes
IndustriALL calls on the Ukrainian government to take immediate action on the situation at VostGOK
On this topic
European Commission Reveals Details of CBAM's Carbon Borders Mechanism
EU approves targets to reduce greenhouse gas emissions by 55% by 2030
The European Commission announced the reduction of industrial emissions by 2% to 30-year low
The European Commission presented a new strategy of industrial policy of the European Union
System locking in Venice fully operational only in 2021
The Parliament of Ukraine adopted the law on the control of greenhouse gas emissions
Partner news
Сomments
Add a comment
Сomments (0)
News Analytics
We are working hard: Ukrzaliznytsia records record indicators of daily load29-07-2021, 11:56
Ingulets GOK increased rye crops on tailings dumps and banks29-07-2021, 11:47
Oilmen from Uzbekistan assessed Intrpipe pipes29-07-2021, 11:16
Energomashspetsstal shipped a 100-ton iron ladle to Zaporizhstal29-07-2021, 11:08
ArcelorMittal Raises Global Steel Consumption Forecast in 2021 from 5.5% to 8.5%29-07-2021, 10:10
Steel raw materials prices decline in all regional markets27-07-2021, 11:57
On the regional markets of metallurgical products, prices are balancing in a22-07-2021, 16:22
Demand for armaments will ensure a stable growth of armored steel sales by 4%20-07-2021, 10:10
Protectionist Measures Support European Steel Prices Despite Summer Lull19-07-2021, 11:02
Positive price growth is observed in the markets for metallurgical products16-07-2021, 14:12