The country has the largest proven reserves of lithium in Europe, which amount to 3% of the world's reserves of this metal. At the same time, there is no domestic production of batteries in the Czech Republic yet. 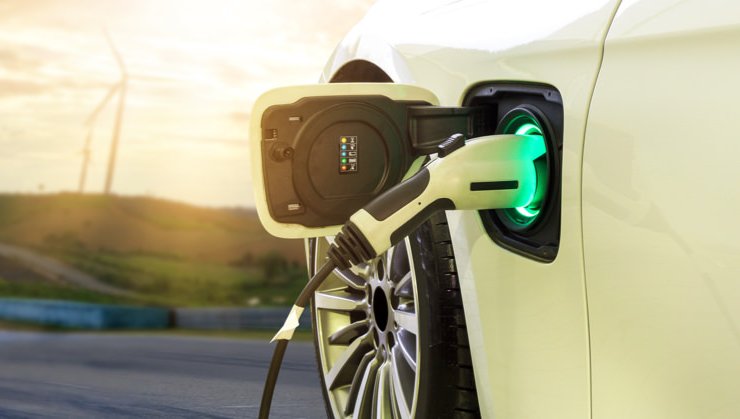 The Czech government has approved a memorandum with the state energy company CEZ to build a "gigafactory" in the country, which will mainly produce batteries for electric vehicles. Investments should amount to about two billion euros.

According to information from various sources, the Volkswagen Group or its Czech subsidiaries Skoda and LG may be involved in the project. This, in particular, is reported by the news site Seznam Zprávy.

Industry and Trade Minister Karel Havlicek recently told Reuters that the state is in talks with two potential partners, including Volkswagen, and that they are willing to offer billions of concessional financing to open at least one battery plant.

It has been officially confirmed that the government has approved the text of the said memorandum with CEZ, and it is expected that it will be signed. Havlicek tweeted that the plant, with an estimated investment of over 50 billion kroons (about 1.94 billion euros), should create at least 2,300 jobs.

CTK news agency also clarifies that CEZ is ready to participate in the project both as an investor and as a supplier of energy and lithium.

However, Czech lithium is contained in granular rock, which does not yet make it profitable for mining. But this could change with increasing demand and, accordingly, rising commodity prices. In any case, CEZ Group sees the business in the extraction of lithium, as well as in the production of battery cells in general.

Last year, the energy supplier already invested in Bratislava-based InoBat Auto, which plans to build a battery manufacturing plant in Slovakia. The original plan is to build a 100 MWh production line in Voderady and then build a 10 GWh plant in 2024.

The CEZ Group consists of over 100 separate companies and is the largest energy supplier in the Czech Republic. The conglomerate is also active in other Central and Eastern European countries. According to the information posted on the company's website, projects are also under development in Germany and France.

“The governments of the Czech Republic and Slovakia have announced a partnership in the field of electromobility, and this is one of the projects that is implementing this initiative,” said Pavel Sirani, Deputy Chairman of the CEZ Group last year. Even then, Sirani added that another "gigafactory" could be built in the Czech Republic and, in addition, it is possible to extract lithium in the Ore Mountains, that is, in the Czech part of the Ore Mountains. There are several car factories in both Slovakia and the Czech Republic, and they are trying to preserve those factories and jobs with the move to electric mobility.

Финансовая аналитика, прогнозы цен на сталь, железную руду, уголь и другие сырьевые товары. More news and analytics on Metallurgprom telegram channel - subscribe to get up-to-date market information and price forecasts faster than others.
Сomments
Add a comment
Сomments (0)
On this topic
Ukrainian trolleybus manufacturer wins Škoda Electric in Czech Republic for the first time in
Skoda resumed production at one of the largest car factories of Europe
Volkswagen to build new battery plant in China
The Czech Republic has invented a paper that destroys the coronavirus
Tesla in Germany faced problems and it is unclear when it will be able to launch its
Elon Musk: Tesla plant in Germany will start working in 2021
Recommended:
The US will prioritize budgetary purchases of steel and metal products with a low carbon footprint
thyssenkrupp has successfully completed the sale of the company's mining business
H2 Green Steel has received 190 million euros for the construction of a hydrogen steel plant
News Analytics
The production of passenger cars in Russia decreased by 2.8 times in eight29-09-2022, 11:19
Donetsk and Torez electrotechnical plants will start producing electrical29-09-2022, 11:37
Ukrainian coking plants reduced gross coke production by 55.2%29-09-2022, 11:28
China ramps up investment in transport to bolster economy29-09-2022, 11:33
The heads of mining companies named the main risks for business29-09-2022, 10:03
China production cuts in winter will give limited boost to steel markets -15-09-2022, 10:09
Steel prices may rise as manufacturers stop production11-09-2022, 14:06
IREPAS: The global long products market is in a "dramatic situation"10-09-2022, 20:49
Steel prices are unlikely to rise significantly in the near future - analysts02-09-2022, 22:58
Steel prices may move up on new data from China31-08-2022, 12:19
Sign in with: