IREPAS: The global long products market is in a "dramatic situation"

Manufacturers around the world suffer from limited market access and high levels of competition, especially from Russia, which is extremely flexible in pricing as Russian producers look for any possible new markets. 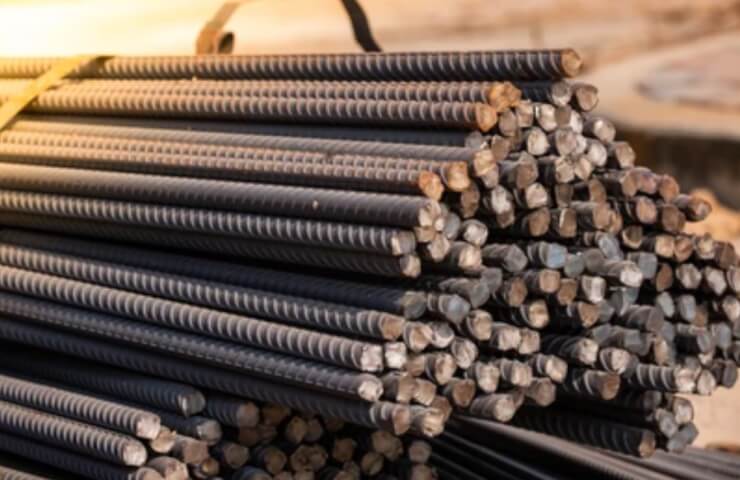 As global long products face a rising cost economic cycle, the market is currently in a dramatic situation characterized by longer inventories and lower than expected demand. Uncertainty awaits global markets in the coming months, although Europe and the rest of the world seem to follow very different trends, according to the Association of Long Products Manufacturers and Suppliers (IREPAS).

Steel producers and consumers in Europe are currently facing unprecedented increases in energy prices, and the EU's logistical crisis is worse than ever as cargo gets stuck due to dry rivers and a shortage of truck drivers. And although most of the participants in the global steel market expected "after the holiday price increase" in Europe, prices are still rising, and production cuts are probably not far off. The cuts will balance low demand with higher costs, pushing EU factory prices up significantly.

In the US, supply and demand followed a typical summer lull, but import competition has waned due to severe congestion problems at almost all US ports, where unloaded cargo can take months to arrive. A shortage of manpower, from truck drivers to office managers, has exacerbated logistical problems.

Turkey is also facing rising energy prices, with steel production costs skyrocketing $40 a ton, meaning Turkish mills will have to absorb higher costs on all orders booked for September shipment. Turkish mills also face competition from Russia, where steel prices are on average $100/tonne lower, regardless of product.

On a positive note, commodity prices have finally stabilized, although this is expected to be temporary. Margins are still maintained in some areas, and prices for long products in some markets are higher than those for flat products, indicating either limited supply or good demand.

In general, however, prices are not expected to increase until supply meets demand, which could happen towards the end of the year. European steelmakers continue to announce plant closures, which will raise prices and make imports attractive, although it remains to be seen whether imports will be worth the risk given the wider shutdown of other economic activities as winter approaches.

However, European mills can import slabs and billets produced in countries that have not been hit as hard by the European energy crisis, and the only question is whether these imports will be allowed without quotas. However, it seems clear that Russian exports will undermine prices and hurt many manufacturers around the world, especially Turkish factories. Producers around the world suffer from limited market access and high levels of competition, especially from Russia, which is extremely flexible in pricing as Russian producers look for any possible new markets.

Given the circumstances mentioned above, the global long market can be described as unstable and volatile, but even though the situation in Europe looks bleak, the measures that the EU has just announced will help reduce the crisis. For the rest of the world, uncertainty reigns in the fourth quarter.

Финансовая аналитика, прогнозы цен на сталь, железную руду, уголь и другие сырьевые товары. More news and analytics on Metallurgprom telegram channel - subscribe to get up-to-date market information and price forecasts faster than others.
Сomments
Add a comment
Сomments (0)
On this topic
The war in Ukraine is seriously changing the rules of the game in the global long products market:
IREPAS: the steel market is at the bottom in a state of relative equilibrium
The current state of the market is ideal for the sale of rolled steel - IREPAS
Protectionism fails to balance the steel market
The global steel market at the end of 2019 from the perspective of IREPAS
Marcegaglia acquires Outokumpu Long Products
Recommended:
Energy efficiency investment worldwide tops $1 trillion in 2 years
The owner of the Dnipro iron and steel works commented on reports of absentee arrest in the Russian Federation
The pipe metallurgical plant in Nikopol continued to work after a short stop
News Analytics
Analysts predict 5% annual growth in the iron casting market through 203006-12-2022, 12:44
Oman to build a new steel plant worth $3 billion in 3 years06-12-2022, 12:14
Tesla's Shanghai gigafactory set a new record for electric vehicle shipments in05-12-2022, 15:24
Sanjeev Gupta may lose control of his steel plants in Belgium05-12-2022, 13:55
Steel demand and weather in Australia will affect coking coal prices05-12-2022, 13:16
Analysts predict 5% annual growth in the iron casting market through 203006-12-2022, 12:44
Commodity prices will fall, metals quotes will rise slightly - Focus Economics28-11-2022, 13:28
Platinum market to face shortage next year - WPIC22-11-2022, 18:25
Global steel demand falls and will fall by 2.3% in 2022: WorldSteel19-10-2022, 23:12
Iron ore prices fall to 11-month low15-10-2022, 10:36
Sign in with: