The restart of metallurgical capacities stopped during the pandemic and a drop in car production due to a shortage of chips create preconditions for a decline in steel prices already in the first quarter of 2021. 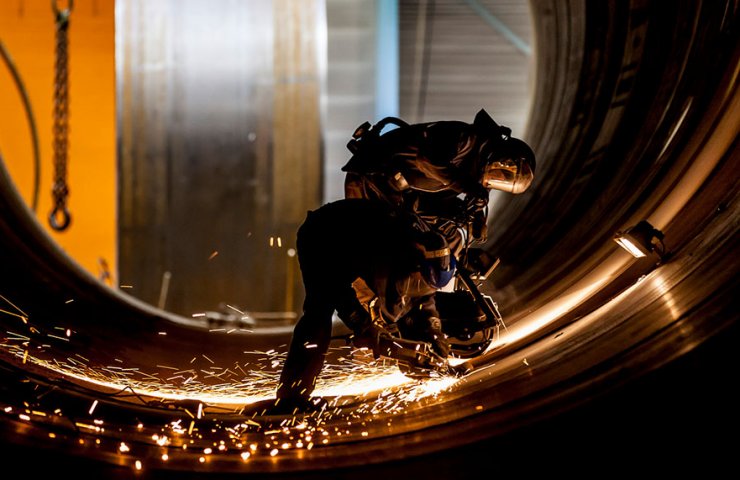 The rise in steel prices that began at the end of 2020 will be short-lived, says Fitch Ratings, and prices will begin to decline by the end of the first quarter of 2021. The huge steelmaking capacity, halted in the midst of the pandemic, could not be brought on line quickly enough to meet recovering steel demand and restocking, leading to rapid price increases.

Up to 30% of the world's steelmaking capacity (excluding China) was idle, and production at rolling mills was also cut in response to the slowdown in demand caused by the pandemic. However, the recovery in auto and home appliance production came faster than expected when quarantine measures were lifted. The construction sector was less affected, as in many regions it was supported by government incentive programs. Steel mill relaunches were not fast enough to meet growing demand as inventory levels fell to historic lows and restocking across the steel value chain across Europe and the US created additional demand. As a result, at the end of 2020, steel prices rose in all regions.

However, Fitch Raitings doesn't think that this price level will be stable. Steel mills continue to restart rapidly, with about 30 million tonnes of pig iron smelting capacity resumed since October. Many idle factories in the US and EU are already operational, although it will take some time to fully ramp up production. Fitch Raitings expects prices to fall to levels close to historical cycle ranges at some point in the first quarter of 2021. Steelmakers are now enjoying high margins, with an estimated CRU margin of over 30% in the EU and 45% in the US in January, although production costs are falling. And only the high cost of raw materials can temporarily support steel prices, provided there is a steady demand for steel.

Fitch Raitings believes that steel prices in China peaked in December 2020 as the country entered a season of declining demand, inventories increased and profit margins declined. It expects steel demand in China to be marginally lower in 2021 due to less planned stimulus programs and a potential reduction in steel merchandise exports.

“The steel industry continues to be exposed to a variety of risks that could affect demand, prices and margins, including those associated with the pandemic, such as wider spread of the virus, slow vaccinations and new stringent restrictions. Manufacturing costs will continue to impact profitability and cash flow for steel companies. The rise in steel demand is largely driven by the recovery in the automotive sector, but semiconductor shortages pose a risk of continued demand recovery. Political and geopolitical events, such as cuts in government stimulus programs, policies to reduce emissions and trade wars, could increase the pressure on the sector, ”noted in Fitch Raitings.

Given the short-term nature of the rise in steel prices, analysts do not expect any fundamental changes in the credit profile of the rated issuers.

Earlier in ArcelorMittal Kryvyi Rih stated that steel prices will continue to rise at least until summer amid a significant rise in prices for raw materials and, in particular, scrap metal.

Recommended:
The prototype of the interplanetary "starship" Starship successfully took off and landed successfully for the first time
Elektrostal plant in Kurakhovo continues to idle due to a shortage of scrap metal
Ukraine invited the Austrians to invest in the extraction of lithium and titanium
On this topic
The world market for rare earth metals will grow by 10.4% per year
Worldsteel Celebrates Rapid Recovery in Steel Sectors
Express analysis of the steel market in the new economic environment: companies prepare for a
Platts: Real steel demand in China will fall by 36% in the first quarter
Prospects for the development of the economy and steel market in the EU in 2019-2020
Aluminum market overview in Q1 2019
Add a comment
Сomments (0)
News Analytics
Plant "Electrotyazhmash" began to purchase materials for bills18-05-2021, 14:55
ArcelorMittal Temirtau will pay 10,000 tenge to all employees vaccinated18-05-2021, 13:35
Steel raw material prices are skyrocketing across the board18-05-2021, 12:34
Interpipe has mastered a new type of railway wheels for Deutsche Bahn passenger18-05-2021, 12:11
Ukraine at the beginning of 2021 increased foreign exchange earnings from the18-05-2021, 11:03
Steel raw material prices are skyrocketing across the board18-05-2021, 12:34
The current state of the market is ideal for the sale of rolled steel - IREPAS04-05-2021, 18:41
Global hydrogen demand to grow 7-fold by 2070 - PwC21-04-2021, 12:31
World Steel Association predicts a good year for metallurgists15-04-2021, 18:19
World Steel Association defines green steel and its variations12-04-2021, 13:14
Sign in with: