Due to the shortage of coal, the Ukrainian government is making every effort to increase the production of fossil fuels. It doesn't matter who it is. 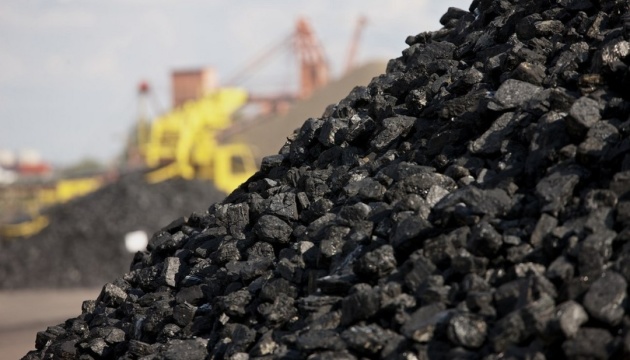 The government of Ukraine expects the growth of coal production and will deal with the management of the mines, which do not fulfill its instructions to channel 80% of the funds from the sale of coal to wages, said Prime Minister of Ukraine Denis Shmyhal.

“Ukraine today needs coal more than ever. In connection with such a price for gas, due to the shortage of coal, we, of course, are making every effort to ensure that Ukrainian mines raise it as much as possible. Anyone. We really need him. With gratitude to the miners, we expect an increase in production, ”Shmygal said at a briefing during his working trip to Donetsk region on Wednesday.

“We expect that production will grow from 1.2 million tons and more. It is very important. This is what will provide us with the passage of the heating season. So far, we are very confident that we will pass it, "the prime minister added.

At the same time, he noted that in the current heating season, 14 out of 15 NPP power units are expected to work continuously, nevertheless, a lot of work is being done in relation to the provision of thermal generation with coal, since it plays the main role of maneuverable.

According to him, in this regard, along with the growth of its own production, great importance is attached to ensuring the import of coal.

“Coal generation is flexible power. You can't go anywhere without her. In this regard, we work a lot with companies that today are actively contracting and transporting coal - both by rail and by sea. All contracts where it is possible to buy coal have been implemented, ”the prime minister assured.

Answering a question from journalists about the prospects of paying off debts to employees of coal mining enterprises, Shmygal explained that this is a question for their management.

“I instructed the Minister of Energy to sort out and take personnel measures to those directors who, firstly, use money ineffectively, and secondly, do not comply with the government’s decisions to channel 80% of coal sales into wages. There are several mines that allocate only 10-30% to pay the miners, ”the prime minister said.

At the same time, according to him, there are no delays on the part of the state with payments to the mines. “The state fulfills its obligation to provide subsidies to miners in full,” the head of government emphasized.

Финансовая аналитика, прогнозы цен на сталь, железную руду, уголь и другие сырьевые товары. More news and analytics on Metallurgprom telegram channel - subscribe to get up-to-date market information and price forecasts faster than others.
Сomments
Add a comment
Сomments (0)
On this topic
Relentless degradation of the coal industry. Close Ukrainian mines?
Stopped nuclear power plants and mines. What's going on in the energy sector of Ukraine?
How the reform of the electricity market in Ukraine can lead to a collapse and what to do about it
Heating season in Ukraine: where there can be problems with heat and why
The Prime Minister of Ukraine told the President of the Bundesrat about investment projects in
Yuzhmash told whether it is possible to launch reusable rockets from the Black Sea
Recommended:
Zaporizhstal: production results in June 2022
Price volatility hits global steel market
Toyota is recalling all electric vehicles released this year due to the fact that their wheels can fall off
News Analytics
Tesla in the second quarter reduced the supply of cars by 18%04-07-2022, 10:24
Steel prices fall due to weakening European demand and problems in China04-07-2022, 10:40
The United States refused to impose duties on Russian metals and increase02-07-2022, 09:05
Daimler Truck began testing Actros tractor on liquid hydrogen02-07-2022, 08:54
Volvo invests $1.25 billion to build electric vehicle plant in Slovakia01-07-2022, 18:17
High iron ore shortage could halt metallurgy's green transition28-06-2022, 14:02
Price volatility hits global steel market27-06-2022, 19:28
Recovery in China could be key to rising global steel prices - MEPS24-06-2022, 14:00
Conflict in Ukraine spurs Europe's drive for clean energy03-06-2022, 12:14
US steel market sentiment becomes more price neutral05-05-2022, 10:15
Sign in with: