With the assistance of Energoatom, VostokGOK is preparing meetings with Western companies - leaders in the uranium mining industry to attract modern experience, advanced technologies and possible investment support. 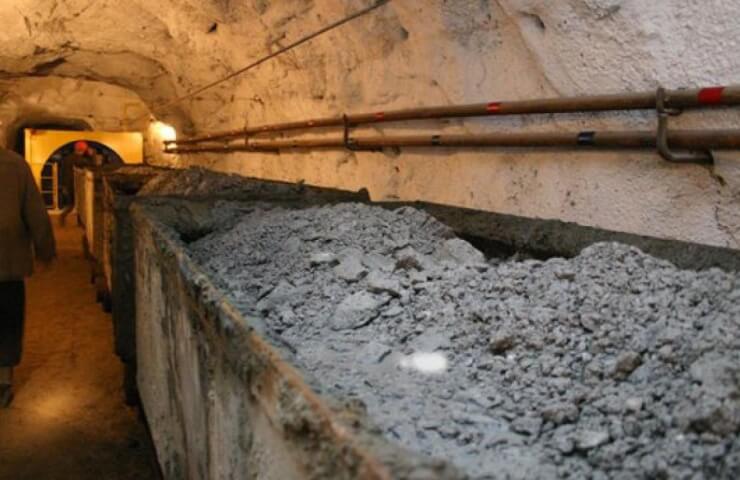 On January 12, 2022, the heads of NNEGC Energoatom Petr Kotin and the East Mining and Processing Plant Sergey Shovgelya held a coordination meeting with the participation of the heads of departments of both enterprises. The meeting was devoted to the development of the uranium mining industry in Ukraine and, in particular, the interaction of VostokGOK with the main consumer of uranium products - the state company Energoatom.

At the meeting, detailed information was presented on the financial and economic condition of VostokGOK, the results of the implementation of the production program for 2021 and long-term plans for 2022–2026.

The company plans to develop residual reserves of natural uranium at the Smolinskaya and Ingulskaya mines and decommission them starting from 2023 and 2027, respectively. At the same time, the prospective development of the Novokonstantinovskoye deposit, which is the most powerful in Europe in terms of uranium reserves, will be ensured. It is planned that during its development, uranium production will gradually increase. Among the main tasks is the construction of new shafts, a transport and storage complex, power facilities, a railway, etc. It is expected to achieve production at the Novokonstantinovskaya mine of up to 1,500 tons of uranium oxide concentrate (UOC) per year as early as 2027.

We also discussed ways to attract internal and external investments to VostokGOK to increase production to 2,400 tons of carbon fiber, which could fully meet Energoatom's annual demand for uranium products. Thus, with the assistance of Energoatom, VostokGOK is preparing meetings with Western companies - leaders in the uranium mining industry to attract modern experience, advanced technologies and possible investment support.

The issue of reducing the personnel of the plant was considered as a separate block. Options for retraining laid-off workers are proposed. As a proposal, the possibility of retraining them for construction specialties is being considered for further involvement in the construction of new nuclear facilities at NNEGC Energoatom (primarily at KhNPP) on a rotational basis.

We discussed in detail the current state of affairs under the existing contracts between Energoatom and VostokGOK, including the provision of mutual settlements.

We also considered the potential entry of VostokGOK into Energoatom, the possible benefits and risks in the event of such accession.

After the meeting, the head of Energoatom, Petr Kotin, noted that such a meeting with the involvement of the leadership of VostGOK is very important, it helps specialists from Energoatom to better understand the specifics of the work of the uranium mining industry, the problems and challenges facing VostokGOK.

“We had the opportunity to discuss scenarios for an effective response to these important challenges, as well as to outline possible promising directions for the development of this enterprise and the industry as a whole,” emphasized Petr Kotin. – Energoatom feels responsible for the uranium mining industry of Ukraine, because it understands that VostokGOK is a strategic state-owned enterprise, the efficient and predictable work of which will help strengthen the energy independence of the state.”

For his part, Sergey Shovgelya noted: “VostokGOK feels the support of Energoatom. Today, our enterprises are moving towards more active interaction. We are taking all possible measures to ensure timely deliveries of uranium oxide concentrate for Energoatom, as well as repayment of trade debts to the Company for previous years. Energoatom's support is very important for us in terms of employment of our reduced personnel, in particular, their retraining for work in other promising areas in the nuclear energy and construction sectors. Now we are working on solving the existing problems of VostokGOK together with the Ministry of Energy of Ukraine, NNEGC Energoatom and other enterprises and organizations, considering the issues of VostokGOK entering the structure of Energoatom.