Ukrainian metallurgical plants have not yet commented on the current situation, however, the fourfold rise in prices for natural gas cannot be ignored by steel producers, accounting for a significant part of the cost of metal smelting. 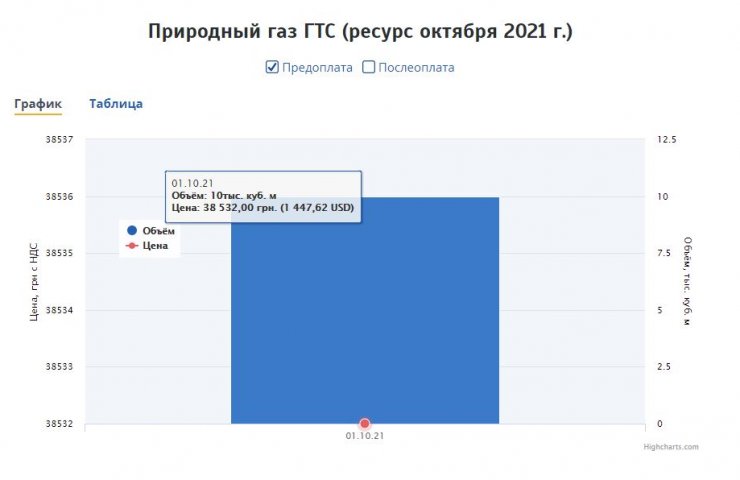 Quotations of natural gas on the Ukrainian Energy Exchange (UEB) have reached 38,532 hryvnia (1,447.6 US dollars) per 1,000 cubic meters for a prepayment for a volume of at least 10 thousand cubic meters, according to data of the DEB site.

On Friday, the exchange price of gas in Europe once again renewed its historical maximum, for the first time exceeding the $ 1200 per 1,000 cubic meters mark. This is evidenced by the data of the London stock exchange ICE.

The situation is qualified by some European media as Gazprom's gas war against end-consumer and transit countries. The Kremlin's goal, they say, is to make European countries demand an early Certification of the Russian-German gas pipeline Nord Stream 2 and the start of its operation, because the volume of gas in European underground storage facilities has been minimal since 2011.

Against the backdrop of the energy crisis in the EU, people in Germany began to show video clips that should teach them how to survive in the event of a long-term outage of heating and electricity in their homes.

In the UK, the cost of electricity and gas has reached such levels that the production of steel has become commercially unprofitable. Almost all British steel mills began to stop production during peak hours and raise prices for steel, in an attempt to shift part of the cost to the consumer of rolled metal.

Финансовая аналитика, прогнозы цен на сталь, железную руду, уголь и другие сырьевые товары. More news and analytics on Metallurgprom telegram channel - subscribe to get up-to-date market information and price forecasts faster than others.
Сomments
Add a comment
Сomments (0)
On this topic
For the first time, the exchange price of gas in Europe exceeded USD 1,200 per thousand cubic meters
The exchange price of gas in Europe has exceeded a record $ 800 per thousand cubic meters
Gas prices in Europe fell below $ 1000 per thousand cubic meters after Putin's statement about
A new lawsuit for "Gazprom": what does "Naftogaz" in the Stockholm arbitration?
Gas price in Europe exceeded $ 500 per thousand cubic meters
How much should a citizen of Ukraine pay for electricity?
Recommended:
London imposed protective duties on Russian supplies of platinum group metals
Taiwan Increased Exports of Iron and Steel by 39.3% in January-April
Ukraine and the EU have stepped up preparations for the"industrial visa-free"
News Analytics
The largest producer of titanium raw materials in Ukraine OGCC will sell25-05-2022, 20:48
Glencore accused of bribery in London pleads guilty in the US25-05-2022, 10:44
Swiss oil and gas equipment manufacturer Sulzer leaves Russia24-05-2022, 13:08
BIR: European Commission's decision on scrap metal will be the most tragic24-05-2022, 11:41
Rejection of Russian palladium destroys markets24-05-2022, 11:41
US steel market sentiment becomes more price neutral05-05-2022, 10:15
The global high-strength steel market will grow steadily by 5% annually for the04-05-2022, 08:45
China steel inventories hit 13-month high amid COVID-19 outbreak30-04-2022, 16:38
Slowdown in global auto sector affects steel prices27-04-2022, 12:36
World alumina production reaches a record 138 million tons21-04-2022, 09:54
Sign in with: