Ukraine must be aware of the complexity of the task and the amount of money that needs to be invested at the macro level, at the country level, in order to implement a fair coal transformation. 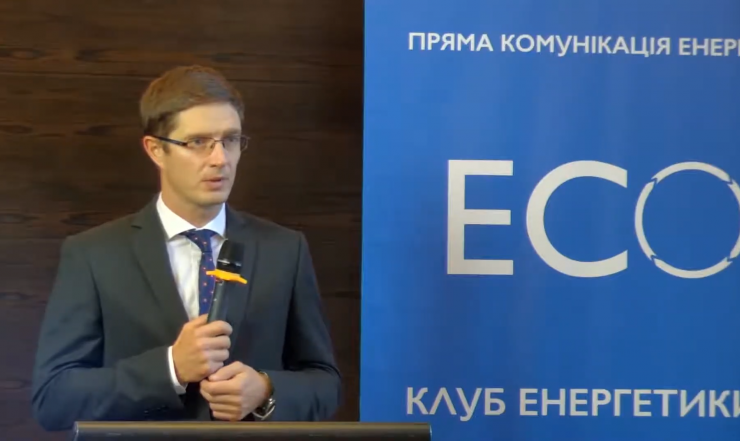 The changes planned by the Cabinet of Ministers will affect not only the regions where coal enterprises operate, but will also significantly affect the entire economy of Ukraine. This was stated by Dmitry Sakharuk, CEO of DTEK Energy, during the Energy Club discussion on a fair transformation of coal regions.

“We are talking about hundreds of billions of euros to make a green transition. Germany has transformed its energy sector for 60 years and has invested more than 200 billion euros. If we want to move in this direction, then Ukraine must also be aware of the complexity of the task and the amount of money that needs to be invested at the macro level, at the country level, in order to implement a fair coal transformation, "Sakharuk noted.

Today there are 65 monotowns in Ukraine that depend on the thermal generation industry. This is one and a half million people. 60% of revenues to local budgets are formed by coal enterprises, these revenues contain the entire budgetary sphere of cities.

“You can't just take and close these mines. After all, this will affect not only the energy industry, but also the economy as a whole. This is a chain linked story. We have 3 subcontractors for each power engineer. These are the ones who supply spare parts, fuel, and so on. Therefore, if we are talking about a green transition, then we are talking about the macro-transformation of the Ukrainian economy. For example, Turboatom (Kharkov) - the main manufacturer of turbines - the largest enterprise in the country that serves thermal generation. We have 100% of the equipment for the mines of Dobropolye produced in Ukraine, 80% - the equipment for the mines of Pavlograd is produced in Ukraine. These are Druzhkovsky machine-building and Miner's Light. Each of the enterprises employs 4 thousand people. Electrotyazhmash - they produce generators in order to ensure the operation of thermal power plants. This is in fact a very large share of the country's GDP, therefore, when we talk about transformation and about changes, we must look at what we can do and how quickly at the macro level, ”said DTEK Energo CEO.

Sakharuk stressed that despite the fact that for another 20 years thermal generation will remain the balancing basis of the energy system and a guarantee of the country's energy independence, it is still necessary to start transforming coal regions from the micro level.

“Transformation takes place not in offices, but in the field, where instead of a thousand jobs in a mine or 100 jobs in a workshop where equipment is serviced, they must create the same jobs or more. Coal regions also have a certain demographic. We will not be able to make a silicon valley from a mining region in one day. This year DTEK was puzzled to make such a pilot project on the example of Bolshoy Dobropolye. We have been doing this for about 5 months and it is a very non-trivial task to build new types of business in such a region and into the Ukrainian economy. We hope that we will succeed and we will make such a program. But this requires the involvement of all parties: the state, and local administrations, and enterprises, and the people themselves, ”concluded Dmitry Sakharuk.

Recommended:
Industrial visa-free will be scaled to all industries - Minister Petrashko
The National Bank of Ukraine decided to "green up" the country's financial system
Metinvest invested UAH 2.6 billion in environmental projects of Ingulets GOK
On this topic
Wi-Fi technology in DTEK mine entered the Ukrainian Book of Records as the first and deepest in the
How the reform of the electricity market in Ukraine can lead to a collapse and what to do about it
The share of coal power in the world fell to the lowest level since 2003
Stopped nuclear power plants and mines. What's going on in the energy sector of Ukraine?
DTEK Energy may suspend Ukraine's largest coal company
Fitch reversed the default DTEK energy Rinat Akhmetov
Add a comment
Сomments (0)
News Analytics
Metinvest will gain control over the largest producer of coking coal in Ukraine04-03-2021, 19:26
Ukrainian business sees great opportunities in expanding China's openness -04-03-2021, 19:08
The fall in the price of nickel by more than 8% was the sharpest in 4 years04-03-2021, 18:25
At the Yaroslavsky metallurgical plant in the Dnieper began to pay for new04-03-2021, 14:39
Novokramatorsk Machine Building Plant strengthens its position in the national04-03-2021, 14:44
Spread between raw materials and high strength alloy steel in Europe increased01-03-2021, 20:21
Increase in prices is forecasted in the markets of steel raw materials -26-02-2021, 09:25
Troy ounce of gold will drop $ 500 in two years - Fitch25-02-2021, 18:29
Global iron ore production growth to outstrip cumulative production in India23-02-2021, 10:22
Fitch Ratings Warns of “Shocking Impact” on Fossil Fuel Exporters18-02-2021, 14:44
Sign in with: