According to him, in response to such actions, employees point to the possibility of reprivatizing the plant. 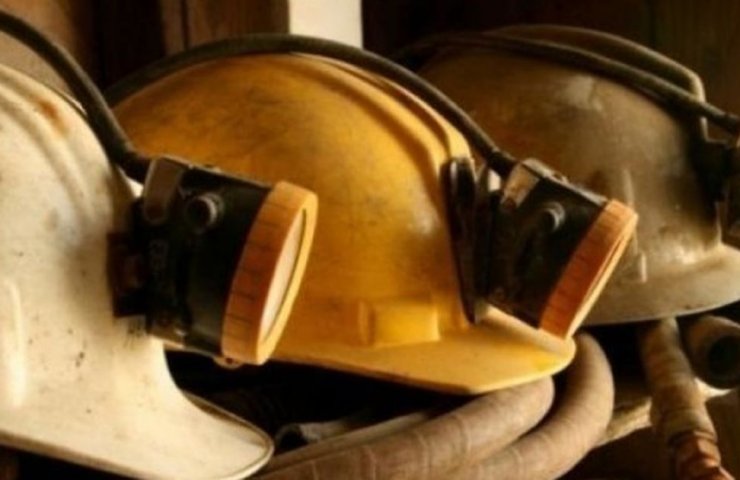 Acting Chairman of the Board of PJSC "Kryvyi Rih Iron Ore Plant " (KZhRK, Dnepropetrovsk region) Sergei Novak ordered to begin preparations for the conservation of all four mines of the plant, said the leader of the Independent Trade Union of Miners of Ukraine (NPGU) Mikhail Volynets on his Facebook page in Wednesday.

"Today, the acting head of the KZhRK Sergey Novak instructed the deputies, technical workers to start preparing for the conservation of all four mines of the KZhRK. This is another way of tactical, psychological pressure on workers. Because in the event of such actions, the administration itself brings the enterprise to the loss of internal and external contracts, which will damage not only the team, but also the owners, "Volynets wrote.

According to him, in response to such actions, employees point to the possibility of reprivatizing the plant.

The agency "Interfax-Ukraine " has not been able to obtain official confirmation of this information to date.

"Sergei Borisovich (Novak - IF ) is now on the outskirts of the city (not in Kiev). Besides him, no one can answer these questions, " - explained to the agency at the reception.

In another post by Volynts on Facebook, it is reported that NPGU received a letter from the Federation of Trade Union of Workers of Chemical Industries and Energy Resources of the Republic of Moldova with words of support to the workers of KZHRK who defend decent working conditions and wages.

As reported, the miners of the "Zhovtnev " KZHRK mine on September 3 remained underground as part of a protest. Later they were joined by workers from other mines of the enterprise. General requirements: increase in wages, improvement of working conditions, return of preferential service according to lists 1, 2, termination of violations during certification.

As of September 16, 2020, 184 miners of KZhRK mines continue an underground protest. On September 15, an indefinite protest action began in Kiev.

KZhRK specializes in underground iron ore mining. The number of employees at the end of 2019 is 7,411 thousand people.

Operational management of the enterprise is carried out by the "Privat " group.

According to NDU data for the second quarter of 2020, the main shareholder of KZHRK is Starmill Limited, which owns 99.8812% of its shares.

The authorized capital of the enterprise is 1 billion 991.233 million UAH.

Recommended:
Renault in 2020 has a record loss of 8 billion euros
Geoinform of Ukraine recalculated the coordinates of special permits in the WGS-84 system
Fitch Ratings Warns of “Shocking Impact” on Fossil Fuel Exporters
On this topic
Tomorrow in Kiev is expected protests by miners demanding to dismiss A. Gerus
KZhRK in January decreased production of commodity iron ore underground mining 13.3%
At the mines of SE "lvovugol" cut the electricity goes uncontrolled flooding
Npgu entered into the national labour conflict with Minamaneho
In Luhansk region the miners refused to come to the surface
The Independent Trade Union of Miners of Ukraine decided to prepare for an all-Ukrainian protest
Add a comment
Сomments (0)
News Analytics
Metinvest will gain control over the largest producer of coking coal in Ukraine04-03-2021, 19:26
Ukrainian business sees great opportunities in expanding China's openness -04-03-2021, 19:08
The fall in the price of nickel by more than 8% was the sharpest in 4 years04-03-2021, 18:25
At the Yaroslavsky metallurgical plant in the Dnieper began to pay for new04-03-2021, 14:39
Novokramatorsk Machine Building Plant strengthens its position in the national04-03-2021, 14:44
Spread between raw materials and high strength alloy steel in Europe increased01-03-2021, 20:21
Increase in prices is forecasted in the markets of steel raw materials -26-02-2021, 09:25
Troy ounce of gold will drop $ 500 in two years - Fitch25-02-2021, 18:29
Global iron ore production growth to outstrip cumulative production in India23-02-2021, 10:22
Fitch Ratings Warns of “Shocking Impact” on Fossil Fuel Exporters18-02-2021, 14:44
Sign in with: