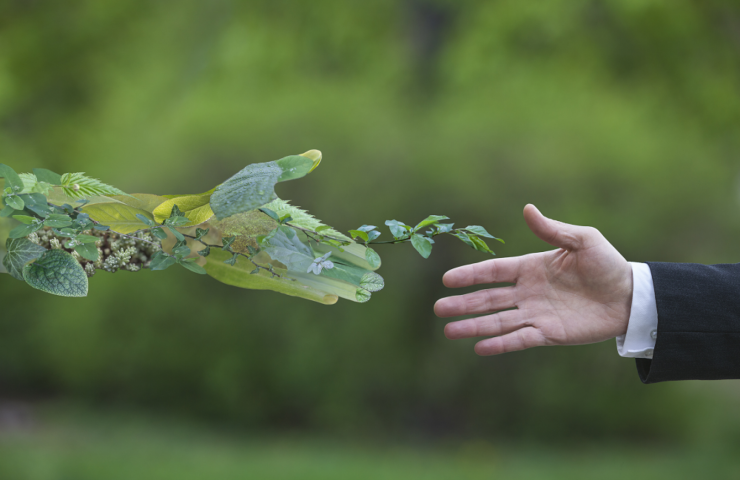 In case of hasty signing of the Green Deal documents, there are serious risks for Ukrainian enterprises. This was stated in the Federation of Employers of Ukraine during the mini-forum "Industry in the context of the environmental modernization of the economy The European Green Deal ", initiated by the FRU Analytical Center.

Speaking at the mini-forum, the director of the MMC Center Stanislav Zinchenko noted that an ill-conceived accession to the "Green Transition " could lead to the fact that only the main domestic companies will lose at least 560 million euros on additional tariffs for supplies to the EU annually.

The results of the discussion showed that the official position of the state regarding the "green transition " strategy is being formed at a very fast pace. There is a "Concept " green "energy transition of Ukraine by 2050 ", which was announced by the Cabinet of Ministers. There are periodic statements by officials about their unanimous support for the EU's Green Deal economic policy. In April 2020, an analytical document "European Green Deal: Opportunities and Threats for Ukraine " was published, prepared by public organizations.

"However, the conclusions that are voiced today and which serve as a guideline for the formation of a position regarding joining the implementation of the EU program, indicate a shallow study of issues of industrial development, the lack of detailed calculations of the impact on macroeconomic indicators and indicators of individual sectors and enterprises in the discourse ", - emphasized in the statement.

The FRU also draws attention to the fact that the specified documents do not contain a description of the sources through which the modernization of Ukrainian enterprises will be carried out.

"Consequently, in the case of the quick signing of the Green Deal documents, there are serious risks for existing enterprises regarding their competitiveness and very existence, " the FRU said in a statement.

Oleksiy Samovalov, senior partner of KSP Strategies, noted that the EU plans to allocate at least $ 1 trillion for the direction over the next 10 years, and sources in Ukraine have not been identified. Therefore, he offered to submit proposals from companies to attract EU funds for modernization both in the form of bonds and guarantees, including local ones, to expand the capabilities of the banking system through liberalization in the provision of loans and the use of project lending.

Evgeny Ivanov, Head of the Department for Analysis and Forecasting of International Trade of the Institute of Informatization and Modeling of the Economy, stressed that due to the increase in the CO2 tariff, the economy fell by 0.06%. But the fund for modernization is not being filled. The funds go to the general budget fund and are not used for environmental modernization.

Igor Guzhva, chairman of the board of the Center for the Development of Market Economy CMD-Ukraine, is confident that the EU Green Deal is neo-protectionism, because the EU prohibits other countries from resorting to the measures that are planned under the Green Deal. Ukraine should not try to surpass itself, our industry has already fallen. According to the Paris Agreement of 2015, it is planned to reduce emissions by 2030 by 40% compared to 1990. However, there are calls that within the framework of the Second National Specific Contribution of Ukraine (NSP), emissions should be reduced even more - by 50-60%.

Финансовая аналитика, прогнозы цен на сталь, железную руду, уголь и другие сырьевые товары. More news and analytics on Metallurgprom telegram channel - subscribe to get up-to-date market information and price forecasts faster than others.
Сomments
Add a comment
Сomments (0)
On this topic
"Naftogaz" has filed a lawsuit against the government of Ukraine for the issuance of a
FRU urged Zelenskiy in Washington to raise the issue of US import duties on Ukrainian steel
Elon Musk contracted coronavirus, but doubts the reliability of the tests
Ukraine expects difficult negotiations on trade in metal products as part of the renewal of the
The steel industry, the United States recognized itself the most energy efficient in the world
The US state Department gave the contractors the "Nord stream — 2" a month to stop work
Recommended:
Interpipe reduced steel production and sharply reduced capital investment
The United States refused to comply with the decision of the WTO on tariffs on steel and aluminum
The former president of Motor Sich was accused of aiding terrorists
News Analytics
Eurofer expects EU steel demand to fall 4.6% in 2022 and 1.6% in 202305-02-2023, 13:31
EU Green Deal should encourage investment in mild steel projects: Eurofer02-02-2023, 16:32
Belarusian steel plant to operate at full capacity from February02-02-2023, 16:56
British Steel considers cutting up to 1,200 jobs at Scunthorpe02-02-2023, 11:50
Electric vehicles will play a key role in US aluminum production growth - Norsk01-02-2023, 12:17
European stainless steel producers ready to raise prices31-01-2023, 16:16
S&P: Russia will continue to dominate the steel export market in the Black05-01-2023, 11:22
Fitch Analysts Predict Big Drop in Global Steel Consumption This Year14-12-2022, 13:59
Analysts predict 5% annual growth in the iron casting market through 203006-12-2022, 12:44
Commodity prices will fall, metals quotes will rise slightly - Focus Economics28-11-2022, 13:28
Sign in with: