Information about the appearance of outsiders at the Jerui field in Kyrgyzstan appeared against the background of unrest in Bishkek. 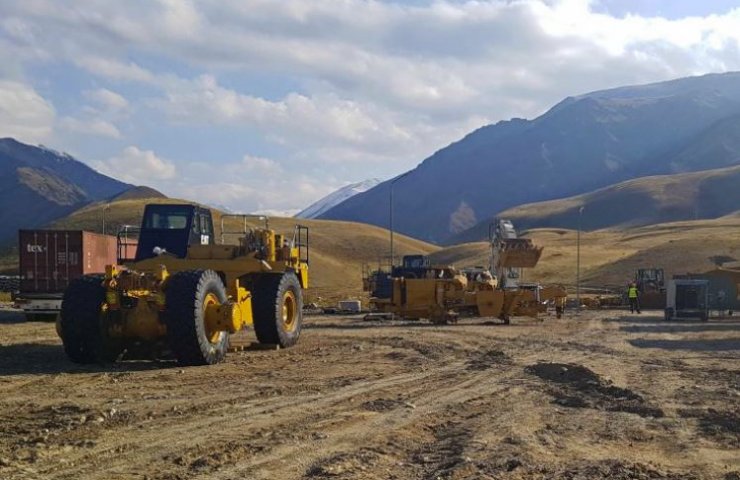 Alliance Altyn LLC has suspended work at the Jerui deposit. According to the press service of the company, this decision was made in connection with the unauthorized entry of unauthorized persons into the territory of a restricted facility - the Jerooy production site.

"Alliance Altyn" LLC is forced to suspend all work on the site until the situation stabilizes, "the message says.

The company confirmed the reports of local media that a warehouse was robbed at the production facility, the building was set on fire, the general director of the Alliance Altyn enterprise was beaten.

Earlier, the company announced its intentions in October this year to launch the production of the gold processing plant of the Talas gold ore plant (TZRK) at the Jerui deposit. Commissioning works were carried out at the facility in September. There were 60 units of heavy equipment at the open pit mine.

In Kyrgyzstan, after the parliamentary elections, protests began. President of Kyrgyzstan Sooronbai Jeenbekov admitted the possibility of annulling the voting results, which provoked riots. In the clashes, according to the local Ministry of Health, 590 people were injured, one was killed.

Recommended:
Ukrainian auto industry began to gain momentum
"Metinvest " will redeem all 2021 Eurobonds for $ 115.3 million and 2023 Eurobonds for $ 193.2 million
ArcelorMittal Europe to start producing green steel from 2020
On this topic
ArcelorMittal Kryvyi Rih installed a new crushing line
DTEK because of the crisis in the energy sector stopped the largest coal producing company in
Metinvest has received a kind "Hello" from the ancient Scythians
Shakhta imeni Artema will continue to produce iron ore for "ArcelorMittal Kryvyi Rih"
Nordgold Alexey Mordashov put up for sale two mines in Buryatia
Experts confirmed the high level of environmental safety of the pond-evaporator plant in utlyukskom
Add a comment
Сomments (0)
News Analytics
Worldsteel Celebrates Rapid Recovery in Steel Sectors26-10-2020, 11:03
Components and spare parts for Dong Feng cars24-10-2020, 20:52
Steel production in September 202023-10-2020, 17:21
Innovative matrix headlights on the Audi E-Tron19-10-2020, 22:43
Tensions rise between China and Australia over commodity trade14-10-2020, 18:15
Dolomite powder market to reach USD 33.44 billion by 202705-10-2020, 12:33
Iron ore prices to surpass six-year high soon16-09-2020, 10:32
World Oil Demand Peak May Be Over - BP15-09-2020, 09:05
China expands car market capacity by increasing demand for steel and metals11-09-2020, 10:56
Prices continue to rise in the long and flat steel markets08-09-2020, 14:25
Sign in with: