The Canadian owner of the company assures that no one was hurt and nothing was missing, and the company continues to work as usual. 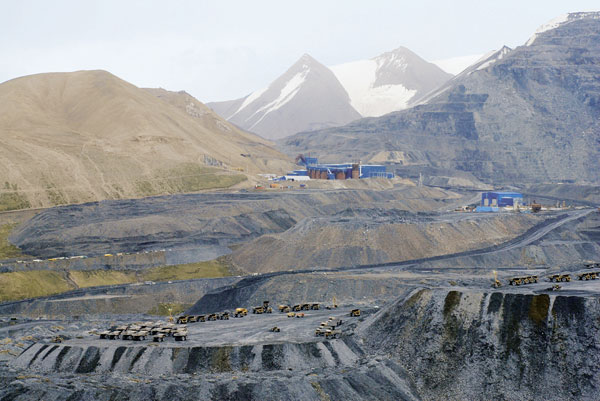 On the night of October 7 in Bishkek, from 20 to 30 people broke the doors to the office of the largest gold mining company in Kyrgyzstan "Kumtor", went inside, but did not take anything, the company representatives said. At the time of the break-in, there was no one in the office; since October, the entire staff has been working remotely.

“Nothing is missing in the office. Police officers are working on the spot. Other floors of the company were not attacked, "said a Kumtor spokesman.

The production activities of the Kumtor gold mine continue without interruption, Canada's Centerra Gold reported.

“The Company is closely monitoring political developments to ensure that the conditions for continued delivery of personnel and materials to the mine remain safe. The political situation is evolving, so the company is taking all necessary precautions to ensure the safety of employees and production activities, "says message Centerra Gold.

Mass protests in Bishkek began on October 5 after the official announcement of the results of the parliamentary elections. After the seizure of the buildings of the government, parliament and mayor's office in Kyrgyzstan, the prime minister was replaced - ex-deputy Sadyr Zhaparov, freed by the demonstrators from the colony. The mayor of Bishkek has also changed. The country's Central Election Commission declared invalid the election results. The National Bank and the Ministry of Finance of the country have suspended financial transactions.

Since October 6, there have been reports of seizures of enterprises and fields in the country.

Alliance Altyn LLC at the Jerui deposit. According to the company's press service, this decision was made in connection with the unauthorized entry of unauthorized persons into the territory of a restricted facility - the Jerui production site. The company confirmed the reports of local media that a warehouse was robbed at the production facility, the building was set on fire, the general director of the Alliance Altyn enterprise was beaten.

Also, unknown persons seized the largest coal mine in the country Kara-Keche. Law enforcement agencies have so far refused to comment on these events.

Centerra Gold is a Canadian gold mining company with assets in North America, Asia and other regions. The largest assets are Kumtor and the Mount Milligan mine in Canada. The company is headquartered in Toronto. Kyrgyzstan through the state-owned Kyrgyzaltyn OJSC owns almost 26% of the shares of Centerra Gold Inc.