The Armenian side informed Azerbaijan that a Russian company is dealing with this issue, and the Russian side was conducting negotiations around the mine. 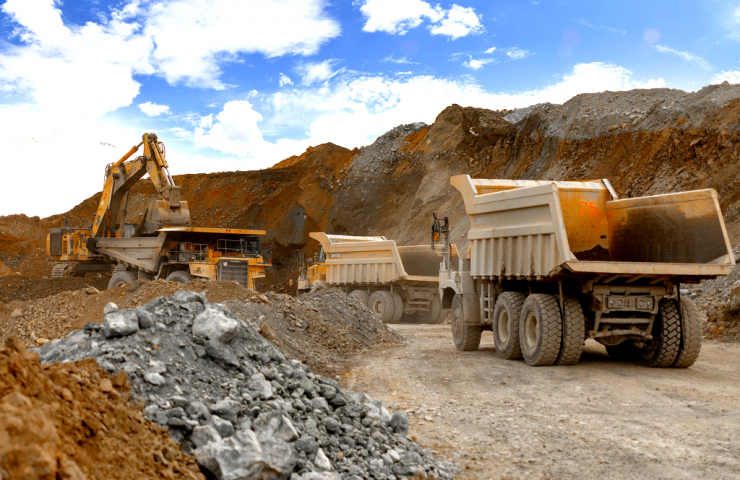 The Sotsk gold mine with explored gold reserves of about 130 tons, which is being developed by the Russian company GeoProMining, turned out to be divided into two parts by the state border of Armenia with the Kelbajar region of Nagorno-Karabakh, which came under the control of Azerbaijan, said Tiran Khachatryan, First Deputy Chief of the General Staff of the Armenian Armed Forces. >

According to him, GeoProMining took preliminary measures to ensure safety, a checkpoint was placed on the road. The soldier noted that the Azerbaijanis were warned that this is a Russian facility.

On the eve of November 26, a video appeared on the network in which dozens of Azerbaijani soldiers drive up and then enter the territory of a gold mine in Armenia. The Ministry of Defense of Armenia first stated that such reports did not correspond to reality, and then wrote about the ongoing demarcation of the border between Armenia and the Kelbajar region of Nagorno-Karabakh taken under the control of Azerbaijan.

The head of the Sotk settlement Hakob Avetyan said that Azerbaijani soldiers are currently located in the territory of the local gold mine.

“They came, took positions and demanded to free the territory. There were no shots, no attack. Negotiations are in progress. But the problem will not be resolved without Russian peacekeepers, ”he said in an interview with the Armenian portal aysor.am.

Avetyan also claimed that Sotk employees were leaving the territory.

Later, the head of the village community said that the field is currently being demarcated new borders of Armenia and Azerbaijan. Representatives of the Armenian Defense Ministry and the Azerbaijani military are working on the spot. Armenian units are taking up new positions, like Azerbaijani ones.

GeoProMining is an international diversified mining company specializing in the extraction and processing of gold, silver, antimony, copper in Russia and Armenia.

The GeoProMining Group of Companies in Armenia also owns the Agarak Copper-Molybdenum Combine.

Recommended:
China purchases $ 1.22 billion worth of metals and minerals from Iran
Zaporozhye Titanium and Magnesium Combine Demonstrated First Results of Financial Recovery Program
Metinvest's Bulgarian plant has reached a record level of steel production
On this topic
The largest gold mining enterprise in Kyrgyzstan announced an attempt to seize the deposit
Peru stops mining because of the pandemic
3 thousand tons of gold found in India
The company "Mechel" may lose tax incentives
Jihadists undermine the extraction of gold in Burkina Faso attacking mine
Nordgold Alexey Mordashov put up for sale two mines in Buryatia
Add a comment
Сomments (0)
News Analytics
Bosch launches automotive chip plant in Dresden08-03-2021, 13:45
Eurozone investor morale at its highest rise in 12 months08-03-2021, 12:30
Port on the coast of Pilbara in Australia stops shipments of iron ore due to08-03-2021, 11:14
Coronavirus drove Belgian skiers to the slopes of the Charleroi waste heap07-03-2021, 13:52
US Steel focuses on the production of nanosteel for high-strength alloys07-03-2021, 13:46
Spread between raw materials and high strength alloy steel in Europe increased01-03-2021, 20:21
Increase in prices is forecasted in the markets of steel raw materials -26-02-2021, 09:25
Troy ounce of gold will drop $ 500 in two years - Fitch25-02-2021, 18:29
Global iron ore production growth to outstrip cumulative production in India23-02-2021, 10:22
Fitch Ratings Warns of “Shocking Impact” on Fossil Fuel Exporters18-02-2021, 14:44
Sign in with: