China will replace Australian coal imports with supplies from Russia

Russian coal miners are rushing to take advantage of the conflict between China and Australia, which has raised prices in the PRC, in order to increase their share in the world's largest coal market. 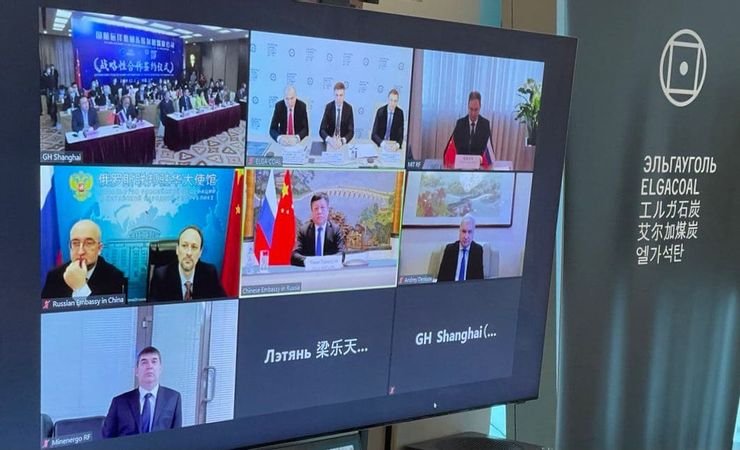 The preliminary term of cooperation is 5 years, with a further extension for the same period.

“The supply of Elga coking coal will replace a significant amount of Australian and American coal of similar quality. To promote ElgaUgol products in China and ensure smooth import, the Chinese company GH-Shipping was chosen as our partner. The activity of the joint venture will provide a noticeable increase in trade turnover - more than $ 5 billion a year, which is especially important in light of the task previously set by the leaders of Russia and China to bring the volume of mutual trade to $ 200 billion, "said General Director of ElgaUgol Management Company Alexander Isaev.

Russian coal miners intend to take advantage of tensions in relations between China and Australia. The fact that China has practically officially banned the import of Australian coal, the Chinese The Global Times (a division of People's Daily) reported on December 13. According to the publication, the State Committee for Development and Reforms (SCRD) of the PRC held a meeting last weekend with representatives of the ten largest Chinese energy companies, where they were informed that they can freely import coal without customs restrictions from any country except Australia. Australia immediately requested an official clarification. Prime Minister Scott Morrison said that the ban on imports of Australian coal could go against the rules of the WTO and the free trade agreement. Chinese Foreign Ministry spokesman Wang Wenbin, in turn, said at a briefing that China is acting in accordance with the law and international practices. On the morning of December 15, The Global Times article was no longer available on the newspaper's website.

Problems with Australian coal began in October amid conflict between countries, which began with Australia's call for an international investigation into the origins and causes of the coronavirus pandemic. China has already imposed protective duties on Australian barley and wine, banned imports of a number of goods, and in anticipation of a ban on imports of iron ore from Australia by Chinese buyers, world prices rose by 65%.

“There is a precedent in the market - prices for Chinese contracts are 50–70% higher than prices for shipments to the historically premium Japanese market. The only thing that slows down the growth of coal supplies from Russia as a whole is internal logistics, "said Anna Tsivileva, Chairman of the Board of Directors of Kolmar.

Let us remind you that Beijing made the decision to open maritime borders to all coal except for Australia. Canberra reacted to this by threatening to sue China at the WTO.