Australia's threats to investigate the causes of the coronavirus have prompted a response from China, which is systematically reducing imports of Australian commodities. 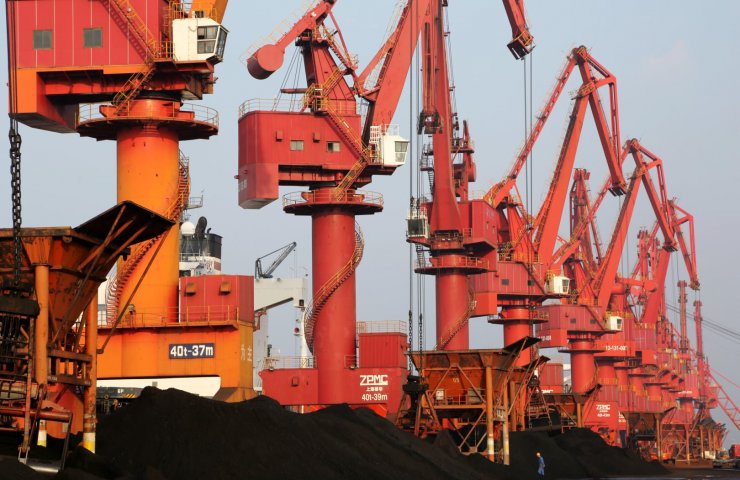 Coal imports to China fell to their lowest level this year in October, with supplies from Australia hitting particularly hard amid ongoing political divisions.

A breakdown of imports by country is not yet available, but Refinitiv's vessel and port tracking data show that both of the top suppliers, Australia and Indonesia, saw significant declines.

According to Refinitiv, sea imports in October amounted to 10.03 million tons, with the difference from official data explained by customs data, including land imports from neighboring countries, mainly from Mongolia.

These numbers suggest Australia is indeed Beijing's target, as the government is upset about Canberra's calls for an international investigation into the origin of the new coronavirus.

The cooling in relations between China and Australia has not only affected coal, as customs officials told importers that shipments of copper ore, barley, sugar, timber and lobsters will also be subject to heightened checks.

However, so far, Beijing has avoided escalating restrictions on two really important commodities: iron ore and liquefied natural gas, perhaps because it will be more difficult for China to find alternative sources of supply, especially iron ore.

In addition, China appears to be trying to diversify its coal suppliers, with supplies from Russia increasing sharply this year.

China's maritime imports from Russia in the first 10 months of the year amounted to 28.57 million tons, which is 25.8% more than in the same period last year.

There is another trend to keep in mind: China is limiting customs clearance for coal towards the end of the year, in an effort to keep imports fairly constant on an annual basis.

Recommended:
Italian court jails steel plant owners for 20 years for environmental violations
Belarus suspends oil pumping to Poland
Belgium will provide a loan to Liberty Steel only for it to sell its plant and leave the country
On this topic
Shanghai authorities will help Tesla to resume production of cars in the epidemic of the coronavirus
Apple, Starbucks and McDonald's be closing its retail network in China until February 10
Malaysia Airlines suspends the reception of Boeing 737 MAX
The price bubble in the ore market will soon deflate quickly
Indian iron ore sales to China plummet
Namibia agrees to sell uranium stake in Rio to China
Add a comment
Сomments (0)
News Analytics
Metinvest's Italian contractors reveal details of the investment project in16-06-2021, 23:01
Energoatom approved Electrotyazhmash as a supplier of turbine generators for16-06-2021, 14:57
Representatives of Ukraine and Germany discussed the prospects for cooperation16-06-2021, 10:49
Vestas and DTEK RES signed an agreement for the supply of wind turbines for the16-06-2021, 10:45
SSAB agrees with Volvo to supply and refine HYBRIT decarbonized steel16-06-2021, 10:40
Vaccinations fuel demand for platinum - World Platinum Investment Council08-06-2021, 12:55
Sharp price growth continues in the rolled metal market - Ukrpromvneshexpertiza08-06-2021, 11:04
Analysts note overheating of the global scrap metal market01-06-2021, 13:28
Hydrogen-fueled steelmaking could be competitive after 2050 - McKinsey19-05-2021, 14:22
Steel raw material prices are skyrocketing across the board18-05-2021, 12:34
Sign in with: