The only uranium mining enterprise in Ukraine reduced uranium production by 7.1%

The deterioration of production indicators over the past two years is due to the periodic decommissioning of mines and plants of SE VostGOK into a forced downtime. 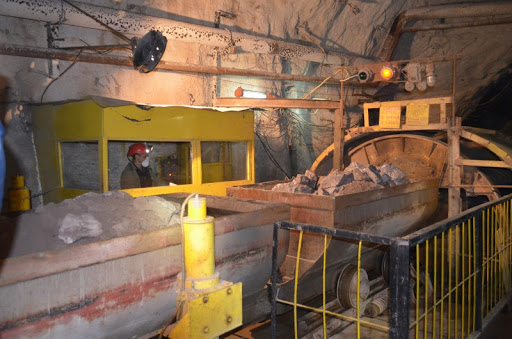 SE "Vostochny Mining and Processing Plant" (VostGOK) in 2020 reduced the production of uranium oxide concentrate by 7.1% (by 57.2 tons) compared to 2019 - to 743.7 tons, Interfax-Ukraine reports with a link to information on the Unified State Portal of Open Data.

The deterioration of production indicators over the past two years is due to the periodic withdrawal of the company's divisions to a forced downtime.

VostGOK is the only in Ukraine and the largest in Europe enterprise for the extraction and processing of uranium ore. The annual demand of Ukrainian NPPs for uranium concentrate is about 2.4 thousand tons, while its internal production at the factories of SE "VostGOK" is about 1 thousand tons.

Recommended:
US steel prices rise again
UK may impose "excess profits tax" on companies that got rich from pandemics
Zaporizhstal awarded scholarships to Zaporizhzhya athletes
On this topic
Uranium problems: Ukraine may lose its own production
Steel production in September 2020
World steel production up 0.6% in August - WorldSteel
Global steel production in June 2020 decreased by 7%
In Ukraine, the forecast drop in steel production by 7% in 2020
Eastern GOK reduced production of uranium concentrate by 30%
Add a comment
Сomments (0)
News Analytics
India Offers Tesla Big Incentives To Build An Electric Vehicle Factory03-03-2021, 21:55
Ferrexpo raises pellet production by 7% in January03-03-2021, 20:15
UK Raises Tax Rates for Large Businesses to 25%03-03-2021, 18:09
Entrepreneurs agree with Ukrzaliznytsya an action plan to continue modernization03-03-2021, 17:31
Scrap metal collection in Ukraine increased by one and a half times due to high03-03-2021, 16:02
Spread between raw materials and high strength alloy steel in Europe increased01-03-2021, 20:21
Increase in prices is forecasted in the markets of steel raw materials -26-02-2021, 09:25
Troy ounce of gold will drop $ 500 in two years - Fitch25-02-2021, 18:29
Global iron ore production growth to outstrip cumulative production in India23-02-2021, 10:22
Fitch Ratings Warns of “Shocking Impact” on Fossil Fuel Exporters18-02-2021, 14:44
Sign in with: