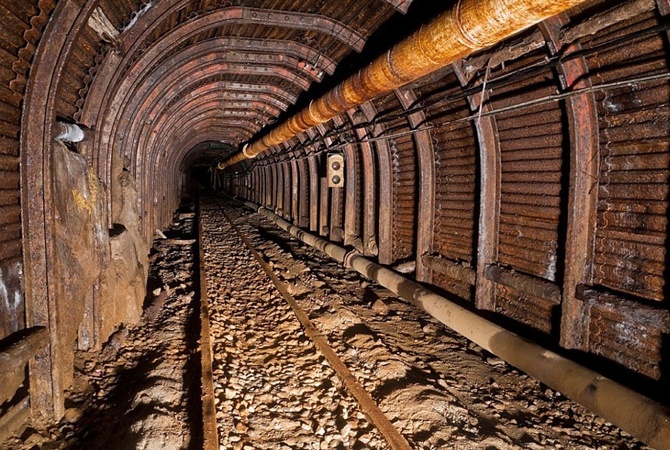 In the collectives of the subdivisions of the State Enterprise "Vostochny Mining and Processing Plant" (SE "VostGOK"), there is an increase in dissatisfaction with the current situation with late payment and with the existing level of wages, employees are ready for decisive action. This was stated by the Deputy Chairman of the Air Defense Forces A. Karpov during an operational meeting on the financial condition and further ways to ensure the stable operation of the enterprise.

I.O. Anton Bendyk, General Director of SE "VostGOK" noted that the administration of the enterprise is interested in solving problematic issues in all possible civilized ways in favor of the team.

According to him, negotiations with the leadership of Energoatom are continuing today to sign an additional agreement to the current contract on the volumes and prices of finished products for 2021.

One of the conditions of the SE "VostGOK" called the increase in the price of uranium oxide concentrate, taking into account the increase in the level of wages. To date, only two components of the transaction have been agreed - the volumes and terms of payment for the delivered products. As for increasing the cost of uranium, no agreement has been found with the Energoatom administration yet.

According to A. Bendik, the Prime Minister of Ukraine D. Shmygal had to be included in the discussion of this issue. In case of failure to reach an agreement with NNEGC, the issue of reimbursement from the state budget of the difference between the price approved in the contract and the one required to increase the salaries of the employees of SE VostGOK is being considered.

Only if the price of finished products increases, the company will be able to stabilize the situation, the top manager summed up.

Vostochny Ore Mining and Processing Plant is one of 28 uranium mining centers in the world, among which it is in the top ten, and is also the largest in Europe.

The plant's two operating uranium mines are, in terms of their energy equivalent, equivalent to 60 coal mines, in other words, one third of the entire Donbass.

The main product of the plant is natural uranium concentrate.

Recommended:
ArcelorMittal Poland completed modernization of pickling line at cold rolling mill in Krakow
Metinvest plants increase steel production by 9% in 2020
"NIBULON" has launched the sixth non-self-propelled vessel of NBL-91 project in working mode
On this topic
VostGOK received the license for realization of activity on uranium ore processing
Eastern GOK reduced production of uranium concentrate by 30%
Pavlisin: Energoatom may face a shortage of funds for payment of taxes and salaries
Subdivisions of SE "VostGOK " resumed work after forced temporary downtime
"VostGOK and Energoatom signed a six-year contract for the supply of uranium concentrate
Ukraine plans to increase uranium production in 2020
Add a comment
Сomments (0)
News Analytics
Georgia's economy shrinks by 11.5% in January26-02-2021, 21:21
Ukraine retained its position in the world ranking of steel producers and rose26-02-2021, 15:52
ArcelorMittal has raised prices for galvanizing for the European market to 90026-02-2021, 13:23
The European Commission initiated a new investigation on steel imports to26-02-2021, 13:22
A rally of workers of the stopped shipyard was held in Mariupol26-02-2021, 12:34
Increase in prices is forecasted in the markets of steel raw materials -26-02-2021, 09:25
Troy ounce of gold will drop $ 500 in two years - Fitch25-02-2021, 18:29
Global iron ore production growth to outstrip cumulative production in India23-02-2021, 10:22
Fitch Ratings Warns of “Shocking Impact” on Fossil Fuel Exporters18-02-2021, 14:44
Raw material prices rise by about 10.5% in January 2021 - Deutsche Industriebank12-02-2021, 10:48
Sign in with: