PJSC PIMCU im. E.P. Slavsky "increases the volume of mine workings at the operating mines

In 2020, nine treatment units were commissioned at underground uranium mines No. 1 and No. 8. In the coming year, it is planned to commission seven more treatment blocks. 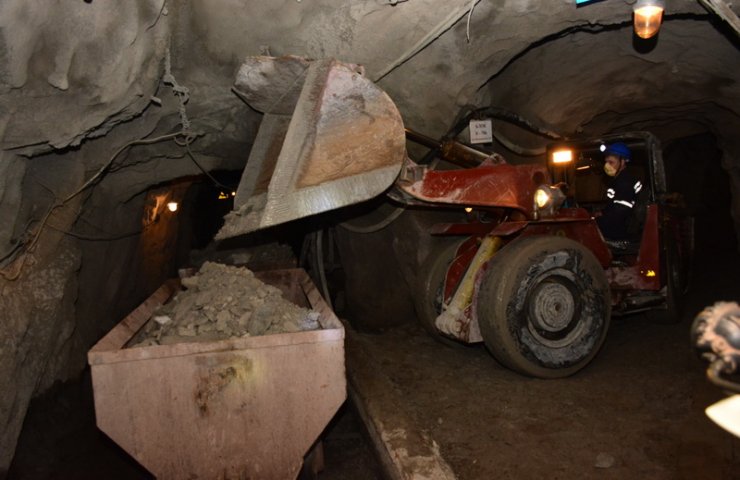 The Priargunsky Industrial Mining and Chemical Association (PJSC PIMCU named after E.P. Slavsky, part of the management loop of ARMZ Uranium Holding /Mining Division of ROSATOM) is increasing the volume of mine workings at operating mines. at the underground uranium mines No. 1 and No. 8, nine treatment units were commissioned. In the coming year, it is planned to commission seven more treatment blocks. Three new treatment blocks at mine No. 1 and four at mine No. 8 will increase the prepared reserves by almost 2 thousand tons of uranium. “Thus, we will be able to continue the extraction of strategic metal at the existing mines until 2035. Further development of PIMCU and Krasnokamensk is associated with the development of the Argunskoye and Zherlovoy deposits of the Streltsovskoye ore field, the construction of a new mine No. 6, ”said Ivan Kiselev, General Director of PIMCU. Recall that the design capacity of mine No. 6 is 850 thousand tons of ore per year. Construction work began in 2018 and is progressing according to schedule.

Recommended:
ArcelorMittal Kryvyi Rih buys Belarusian MAZ-6501S5 dump trucks
Gosgeonedra drew attention to the protests of Mariupol residents against zirconium mining
Trade union committee "Azovstal" received an answer to the question about the increase in tariffs for gas and electricity
On this topic
Production of uranium concentrate in Iran will be increased eightfold to 35-40 tons per year
Gazprom and Roscosmos are expanding cooperation in the development and use of satellite systems
Eastern GOK reduced production of uranium concentrate by 30%
In Kropyvnyts'ke launched a three-day seminar in the framework of the expert mission of the IAEA
Ukraine plans to increase uranium production in 2020
Finnish regulator positively evaluates uranium mining company Terrafame
Add a comment
Сomments (0)
News Analytics
China to build high standard free trade zone network to reach worldwide - Xinhua05-03-2021, 16:43
Ukraine and Australia have become one step closer in cooperation in the space05-03-2021, 14:25
"Plant 410 Civil Aviation" will not pay for defective parts - court decision05-03-2021, 14:55
Metinvest achieves full self-sufficiency in coking coal05-03-2021, 13:17
Interpipe announced a planned action to discredit the company in the Ukrainian05-03-2021, 13:38
Spread between raw materials and high strength alloy steel in Europe increased01-03-2021, 20:21
Increase in prices is forecasted in the markets of steel raw materials -26-02-2021, 09:25
Troy ounce of gold will drop $ 500 in two years - Fitch25-02-2021, 18:29
Global iron ore production growth to outstrip cumulative production in India23-02-2021, 10:22
Fitch Ratings Warns of “Shocking Impact” on Fossil Fuel Exporters18-02-2021, 14:44
Sign in with: