By consolidating the recently acquired assets of the Pokrovskaya Coal Group, Metinvest will fully meet its needs for coking coal for pig iron production. 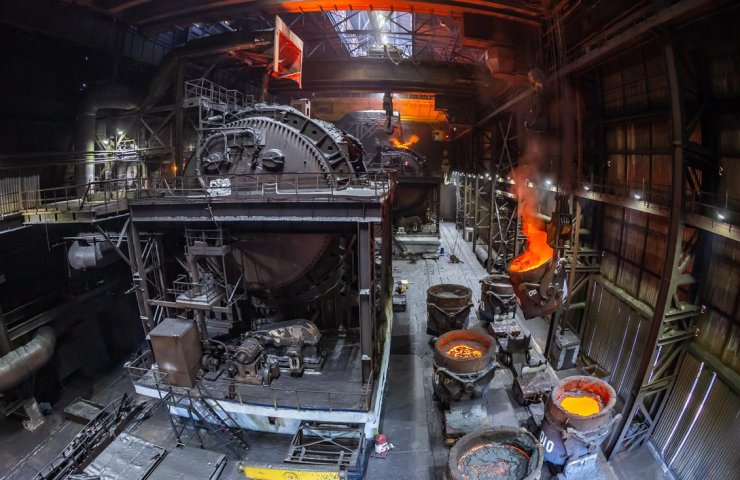 After the purchase of the Pokrovsk Coal Group, which includes the Pokrovskoe Mine Administration and the Svyato-Varvarinskaya Concentrating Plant, Metinvest will be fully provided with high-quality coking coal of its own production. Yuri Ryzhenkov, CEO of Metinvest, spoke about this in the comments to the acquisition of assets.

“This is an important acquisition for us. Over the past several years, the Group has experienced a constant shortage of coking coal. Now we have achieved complete self-sufficiency in these raw materials, which makes our vertical integration even stronger, ”Ryzhenkov noted.

Recall that Metinvest BV, the parent company of an international vertically integrated mining and metallurgical group of companies, acquired an additional shareholding in Ukraine's largest coking coal producer, thereby increasing the effective ownership of the group to the control level.

The acquired assets include several enterprises, the key ones of which are the Pokrovskoye mine administration and the Svyato-Varvarinskaya concentration plant. Together, these enterprises produce raw coal, enrich it and then sell it in the form of coal concentrate. They are located on the border of Dnepropetrovsk and Donetsk regions in close proximity to the group's coke-chemicals. All acquired assets are located in the territory controlled by Ukraine.

Svyato-Varvara Concentration Plant is one of the largest enrichment enterprises in Ukraine. The design capacity of beneficiation is about 8 million tons of raw coking coal per year.

Recommended:
South Korea has come up with a technology that allows you to extract hydrogen from ammonia without emissions
Uralvagonzavod put into operation 334 units of new equipment in 2020
The transport strategy of Ukraine should provide for the localization of production - USPP
On this topic
Metinvest will gain control over the largest producer of coking coal in Ukraine
"Metinvest " with affiliated companies became the owner of 100% of "Zaporozhogneupor " shares as a
Metinvest intends to invest another $ 413 million in environmental projects in Ukraine
Yuzhmash told whether it is possible to launch reusable rockets from the Black Sea
Agency Sustainalytics has assigned a rating of Metinvest's environmental and social sustainability
Metinvest has completed the acquisition of approximately 73% of the shares DCHS
Add a comment
Сomments (0)
News Analytics
Iran is satisfied with the reaction of the world community to 60% enrichment of18-04-2021, 13:24
Gas prices in Ukraine have reached a record value over the past two years -16-04-2021, 17:24
Ukrmetallurgprom asks the Antimonopoly Committee to allow Metinvest to bid for16-04-2021, 17:23
A fatal accident occurred on the territory of the Dnieper Metallurgical Plant16-04-2021, 13:01
Cars built for Euro 2012 will be repaired at the Kryukov Carriage Works16-04-2021, 12:46
World Steel Association predicts a good year for metallurgists15-04-2021, 18:19
World Steel Association defines green steel and its variations12-04-2021, 13:14
China unlikely to cut steel capacity in 2021 due to high steel prices07-04-2021, 12:11
Scrap metal market at the beginning of April02-04-2021, 11:10
Rising Chinese Prices Fueled Rising Global Steel Prices - MEPS25-03-2021, 18:54
Sign in with: