According to the Ministry of Energy, salary arrears in the amount of half a billion hryvnia can be paid only at the expense of funds from the sale of coal products, given that the situation at state coal mining enterprises and settlements with them for shipped products is rather complicated. 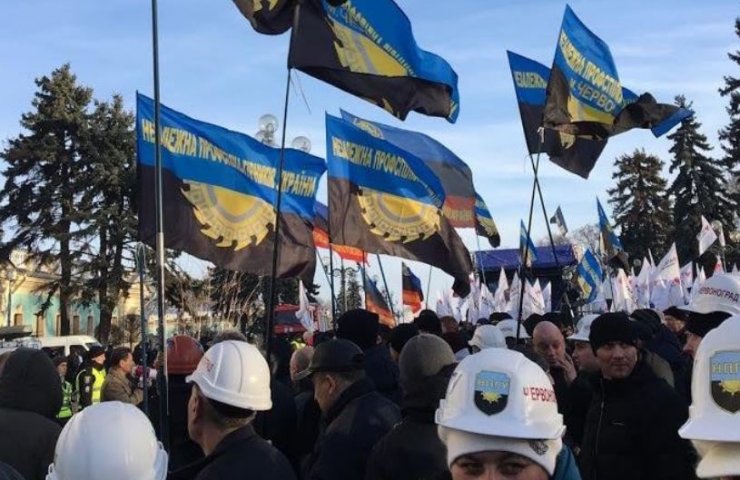 The miners will have to knock out salary debts again with protest actions that will begin on Wednesday under the office of the President of Ukraine, reported in the Independent Trade Union of Miners of Ukraine.

According to the trade union, there is no reason to even hope for a decrease in wage arrears in the near future for employees of state-owned coal mining enterprises, and 2021 began with their constant accumulation. And the reasons are not at all in the restrictions for the acting minister that existed before the adoption of Law No. 1285-IX, which was referred to in the government.

As an example, the trade union recalled how in January, despite the fact that the acting minister of energy did not have the authority to sign budget programs, 277.5 million hryvnias intended to pay salaries to miners for the first month of 2021 were used to pay earned by miners back in December 2020. And since the debt amounted to almost 350 million hryvnia, it was necessary to "borrow" also 64 million hryvnia of February salaries.

According to the trade union, as of March 15, salary arrears to miners of state mines have already reached 1.75 billion hryvnia, and under the budget program "Restructuring of the Coal Industry" today only 204,566,000 hryvnias have been received for these and other needs.

Recall that the leadership of the Ministry of Energy of Ukraine signed a number of orders to ensure stable financing of the country's energy sector, in particular on the payment of wages to employees of coal mining enterprises.

Recommended:
Interpipe intends to go beyond standard tenders in working with suppliers
Interpipe plans to raise $ 300 million through a new issue of Eurobonds
The Antimonopoly Committee of Ukraine has unblocked the purchase of passenger cars by Ukrzaliznytsia
On this topic
The Ministry of Energy of Ukraine unblocked the payment of wage arrears to miners thanks to the new
Trade unions threaten the Ukrainian authorities with an all-Ukrainian strike of miners
Miners block traffic in the city of Mirnohrad demanding wages
Relentless degradation of the coal industry. Close Ukrainian mines?
In Luhansk region the miners refused to come to the surface
Miners go to Kiev to protest: will demand a billion hryvnia
Add a comment
Сomments (0)
News Analytics
Ukraine and the United States are deepening cooperation in the trade and20-04-2021, 20:46
Nikopol pipe plant "Centravis" is approved as a supplier of the Chinese20-04-2021, 20:10
The capacity of the domestic steel market in Ukraine in January-March decreased19-04-2021, 10:33
In Russia, there is an exuberant demand for agricultural machinery19-04-2021, 10:24
Iran is satisfied with the reaction of the world community to 60% enrichment of18-04-2021, 13:24
World Steel Association predicts a good year for metallurgists15-04-2021, 18:19
World Steel Association defines green steel and its variations12-04-2021, 13:14
China unlikely to cut steel capacity in 2021 due to high steel prices07-04-2021, 12:11
Scrap metal market at the beginning of April02-04-2021, 11:10
Rising Chinese Prices Fueled Rising Global Steel Prices - MEPS25-03-2021, 18:54
Sign in with: