Experiments on deep-sea mining of minerals and metals are closely watched by ecologists, who claim that underwater work is causing irreparable harm to marine ecosystems. 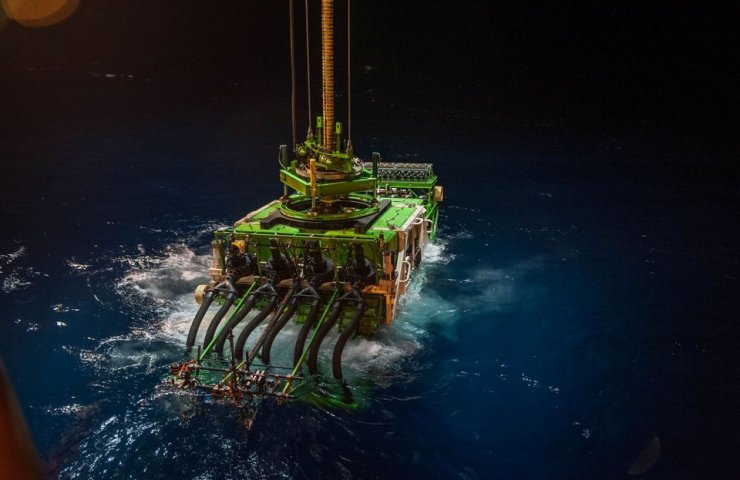 A deep sea mining robot on a test mission to lift cobalt and nickel-rich rocks from the bottom of the Pacific Ocean has failed.

A machine designed to collect potato-sized nodules (mineral globules), rich in cobalt and other metals needed to produce the lithium-ion batteries that dot the seabed in the area, was connected to the ship using a 5 km cable.

“On the last dive, the lift unit detached and the Patania II is now on the seabed,” a GSR spokesman said in an e-mail statement. "The lift node reconnect operation is starting tonight and we will provide an update in due course."

The GSR trial is overseen by independent scientists from 29 European institutions who will analyze data and samples collected by the robot.

“This egregious operational failure should serve as a strong warning that deep sea mining is too much of a risk,” Greenpeace marine biologist Sandra Shettner said in a statement.

Финансовая аналитика, прогнозы цен на сталь, железную руду, уголь и другие сырьевые товары. More news and analytics on Metallurgprom telegram channel - subscribe to get up-to-date market information and price forecasts faster than others.
Сomments
Add a comment
Сomments (0)
On this topic
Allseas bought the ultra-deepwater drill ship for the extraction of metals from the ocean floor
What technologies help robots to become human?
Chinese researchers develop soft robot for deep sea exploration
Can a robot play Jenga better than a human?
Elon Musk announced Tesla's readiness to create humanoid robots next year
Panasonic announced plans to increase battery capacity for electric vehicles by 20%
Recommended:
Metinvest intends to receive compensation from Russia for the destroyed plants in Mariupol
Ukraine delivered 86,000 tons of iron ore to Turkey in September - TUIK
"Centravis" agreed to supply a new batch of seamless pipes to a client from Oman
News Analytics
China's iron ore output to rise in 2023 as new projects are launched30-11-2022, 18:10
"Centravis" agreed to supply a new batch of seamless pipes to a30-11-2022, 16:51
Metinvest enterprises in Ukraine resumed work after massive shelling of29-11-2022, 11:59
The European Council added the violation of restrictive measures (sanctions) to28-11-2022, 14:22
The abolition of export duty in India may reduce the price of Turkish steel28-11-2022, 14:07
Commodity prices will fall, metals quotes will rise slightly - Focus Economics28-11-2022, 13:28
Platinum market to face shortage next year - WPIC22-11-2022, 18:25
Global steel demand falls and will fall by 2.3% in 2022: WorldSteel19-10-2022, 23:12
Iron ore prices fall to 11-month low15-10-2022, 10:36
China production cuts in winter will give limited boost to steel markets -15-09-2022, 10:09
Sign in with: