There are only 17 thousand tons of coal left at the Tripolskaya TPP near Kiev. They will only last for 7 days of station operation. 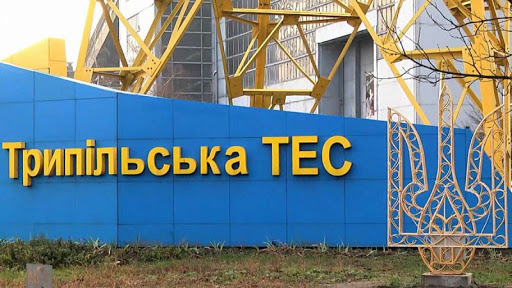 According to the Ministry of Energy of Ukraine, coal reserves in the warehouses of thermal power plants have decreased by almost 8% since the beginning of this month and continue to rapidly decrease every day.

The lowest reserves of grade A (anthracite) coal were recorded at the state-owned Trypilska TPP near Kiev - only 17 thousand tons. They will only last for 7 days of station operation.

Recall that as of early July, every third thermal power plant in Ukraine was operating with minimal load, and Slavyanskaya had been idle for more than a week.

Experts say that the main reason for the shutdown of power units at TPPs and CHPPs is an abnormal drop in electricity prices due to the machinations of traders.

Even Energy Minister German Galushchenko was forced to admit that the collapse in prices led to a financial imbalance of state-owned companies and jeopardized preparations for the autumn-winter period, and also that for all types of generation such price indicators are deeply unprofitable.

Due to a possible shutdown of the thermal power plant, it is possible that the coal mines will stop working, said Mikhail Volynets, chairman of the Independent Trade Union of Miners of Ukraine.

Финансовая аналитика, прогнозы цен на сталь, железную руду, уголь и другие сырьевые товары. More news and analytics on Metallurgprom telegram channel - subscribe to get up-to-date market information and price forecasts faster than others.
Сomments
Add a comment
Сomments (0)
On this topic
"Naftogaz" has filed a lawsuit against the government of Ukraine for the issuance of a
Elon Musk contracted coronavirus, but doubts the reliability of the tests
Iran is satisfied with the reaction of the world community to 60% enrichment of uranium
The operator of the gas transport system of Ukraine has concluded agreements with all connecting
China's largest steel producer to become even larger and number one in the world in terms of
"Naftogaz of Ukraine" in February reduced the price of gas for industry by 15%
Recommended:
ArcelorMittal invests $25 million in nuclear technology development
Platinum market to face shortage next year - WPIC
Ukraine delivered 86,000 tons of iron ore to Turkey in September - TUIK
News Analytics
China's iron ore output to rise in 2023 as new projects are launched30-11-2022, 18:10
"Centravis" agreed to supply a new batch of seamless pipes to a30-11-2022, 16:51
Metinvest enterprises in Ukraine resumed work after massive shelling of29-11-2022, 11:59
The European Council added the violation of restrictive measures (sanctions) to28-11-2022, 14:22
The abolition of export duty in India may reduce the price of Turkish steel28-11-2022, 14:07
Commodity prices will fall, metals quotes will rise slightly - Focus Economics28-11-2022, 13:28
Platinum market to face shortage next year - WPIC22-11-2022, 18:25
Global steel demand falls and will fall by 2.3% in 2022: WorldSteel19-10-2022, 23:12
Iron ore prices fall to 11-month low15-10-2022, 10:36
China production cuts in winter will give limited boost to steel markets -15-09-2022, 10:09
Sign in with: