For the third time in 30 days, security officials came to search the Sukha Balka mine of Alexander Yaroslavsky

Currently, another search is being carried out at the enterprise, work has been suspended again, the implementation of the production program and the stability of work are threatened, the statement of PJSC Sukha Balka says. 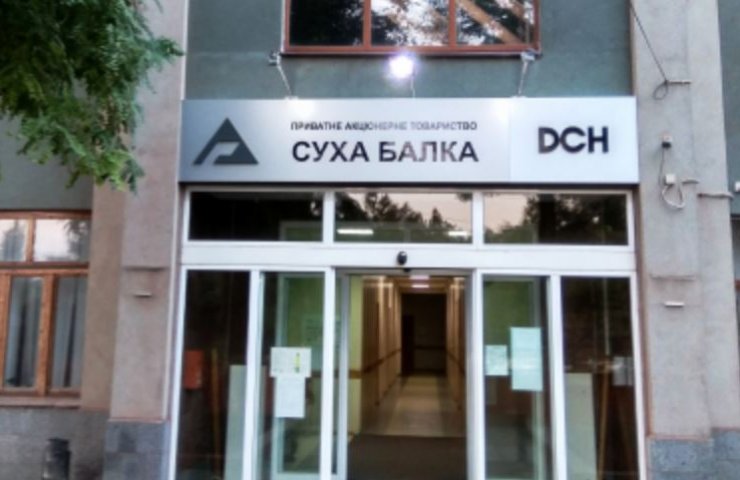 The mine of PJSC Sukha Balka (Kryvyi Rih, Dnepropetrovsk region), a member of the DCH group of Alexander Yaroslavsky, declares that the work of the enterprise is destabilized by law enforcement agencies. According to the press service of the enterprise, on July 7, the Kryvyi Rih District Prosecutor's Office, the SBU in Kryvyi Rih came to the Sukha Balka mine for the third time since June 11 with a new judge's order to conduct a search.

“As a result of illegal and unlawful actions of these law enforcement officers, the work process was disrupted three times, the activities of the enterprise were destabilized. The company is open to cooperation with law enforcement agencies, but exclusively in the legal field. However, the sequence and nature of the actions of the law enforcement agencies in relation to Sukha Balka PrJSC clearly indicates that the rule of law in Ukraine is an empty phrase for individual law enforcement officers and judges. The desire to establish control over the enterprise and "impose tribute" on it is, unfortunately, above any Law for them, "says application Sukha Balka PJSC.

The Sukha Balka mine is one of the leading enterprises in the mining industry in Ukraine. Extracts iron ore underground. The mine includes the Yubileinaya "and Frunze mines. The mine's capacity is about 3.1 million tons of salable ore per year. The mine employs about 3 thousand people.

The mine supplies ore to the Bogdanovskaya Concentrating and Agglomeration Plant (BOAF) of Pokrovskiy Mining and Concentrating Plant PJSC (PGOK, the former Ordzhonikidze GOK, Dnepropetrovsk region), which, after a complex of preparatory measures, switched to the production of iron ore sinter instead of the previously produced the same equipment of manganese concentrate.

After enrichment of the ore, the resulting iron ore sinter is supplied to the Dneprovsk Metallurgical Plant (DMZ, part of DCH Steel of Alexander Yaroslavsky's DCH Group).

Recommended:
Dniprovsky Metallurgical Plant did not fulfill the planned target for the production of metal products
SE "Antonov" plans to produce its military transport aircraft An-74 in Canada
A Ukrainian dump car was tested at the Poltava mining and processing plant
On this topic
One of the leading mining enterprises in Ukraine announced the blocking of work
The imposition of sanctions against Chinese investors in Motor Sich came as a surprise to
The Dnieper metallurgical plant restarts steelmaking
Chinese technology company ZTE Corporation was the first business resident in the "Ekopolis HTZ"
Oleksandr Yaroslavsky, intends to invest in Ukrainian roads $ 300 million
ArcelorMittal Kryvyi Rih denies SBU statements on exceeding the maximum radiation level
Partner news
Сomments
Add a comment
Сomments (0)
News Analytics
Azerbaijan's SOCAR plans to invest in the extraction of battery metals in26-07-2021, 22:00
The first domestic industrial energy storage system was developed and launched26-07-2021, 22:11
The profitability of purchases of scrap metal in Ukraine has decreased, but is26-07-2021, 17:27
Metinvest is ready to pay more than 9 billion hryvnia for the Dnieper steel26-07-2021, 13:01
Cherkassk Azot by Dmitry Firtash completed the modernization of the ammonia26-07-2021, 13:45
On the regional markets of metallurgical products, prices are balancing in a22-07-2021, 16:22
Demand for armaments will ensure a stable growth of armored steel sales by 4%20-07-2021, 10:10
Protectionist Measures Support European Steel Prices Despite Summer Lull19-07-2021, 11:02
Positive price growth is observed in the markets for metallurgical products16-07-2021, 14:12
European steel market is in confusion: price growth has slowed down, but no one21-06-2021, 17:40