During the talks, Tehran intends to raise the issue of paying off more than $ 7 billion of South Korean debt for oil delivered in 2019. 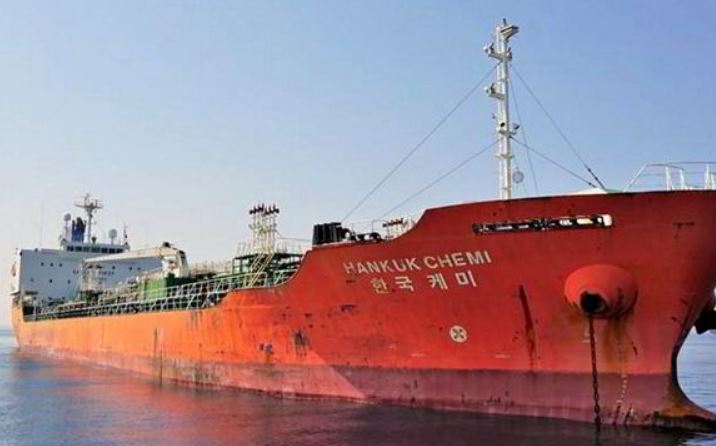 South Korean Deputy Foreign Minister Choi Jong-Kun is heading to Tehran to negotiate with Iran over the chemical tanker Hankuk Chemi seized by the Islamic Revolutionary Guard Corps (IRGC) naval forces in the Strait of Hormuz on January 4.

According to Tehran, the South Korean ship was detained in connection with "violation of environmental protocols."

Talks between a South Korean deputy foreign minister and Iranian officials in Tehran in the next day or two should address the issue of about $ 7 billion in frozen oil debts that Iran says South Korea owes for past sales. p>

South Korea was one of the main buyers of oil from Iran before stopping purchases in early 2019 due to US sanctions against Tehran.

Tanker Hankuk Chemi was last seen off the Iranian port of Shahid Rajai in Bandar Abbas 6 days ago, shortly after it was captured by the Iranian IRGC. The next day South Korea sent a special paramilitary anti-piracy unit to the Strait of Hormuz to free the vessel.

Tensions in the Persian Gulf have escalated last week, on the anniversary of the deadly US strike against senior Iranian General Qasem Soleimani.

Recommended:
The world's largest chip maker predicts chip shortages by the end of 2022
Director of the metallurgy department of the Ministry of Industry and Trade of Russia arrested for two months
Copper could be the key to converting CO2 back to fuel
On this topic
In 14 years Iran will run out of iron ore and non-ferrous metal ores - IMEO
South Korea sends military special forces to release tanker captured by Iran
Iran's uranium enrichment up to 20% calls into question nuclear deal with Tehran - EU
Iran announced the benefits of US sanctions for the country's steel industry
Saudi Arabia's National Oil Company plans to build a metallurgical plant
Iran prepares to launch its telecommunications satellite into 7,000 km orbit
Add a comment
Сomments (0)
News Analytics
Gas prices in Ukraine have reached a record value over the past two years -16-04-2021, 17:24
Ukrmetallurgprom asks the Antimonopoly Committee to allow Metinvest to bid for16-04-2021, 17:23
A fatal accident occurred on the territory of the Dnieper Metallurgical Plant16-04-2021, 13:01
Cars built for Euro 2012 will be repaired at the Kryukov Carriage Works16-04-2021, 12:46
Novokramatorsk Machine-Building Plant has raised wages for the second time16-04-2021, 12:54
World Steel Association predicts a good year for metallurgists15-04-2021, 18:19
World Steel Association defines green steel and its variations12-04-2021, 13:14
China unlikely to cut steel capacity in 2021 due to high steel prices07-04-2021, 12:11
Scrap metal market at the beginning of April02-04-2021, 11:10
Rising Chinese Prices Fueled Rising Global Steel Prices - MEPS25-03-2021, 18:54
Sign in with: