In a statement later Friday, Pompeo said he is also increasing the amount of sanctions against Iran's steel companies. 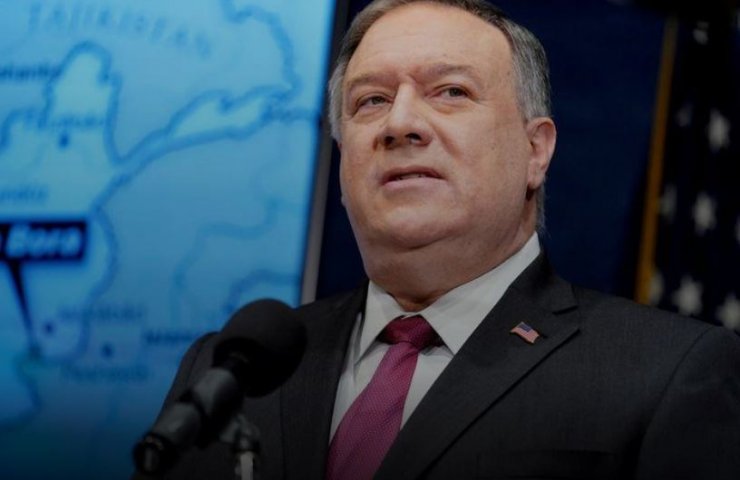 The United States on Friday imposed sanctions on companies in Iran, China and the United Arab Emirates for doing business with the Shipping Lines of the Islamic Republic of Iran and on three Iranian organizations for the proliferation of conventional weapons.

This is the latest in a series of measures aimed at increasing pressure on Tehran during the last days of President Donald Trump's administration.

US Secretary of State Mike Pompeo said Washington has imposed sanctions on seven companies, including China's Jiangyin Mascot Special Steel Co and Accenture Building Materials from the UAE, as well as two people for shipping steel to or from Iran.

In a statement later Friday, Pompeo said he is also increasing the amount of sanctions against Iran's steel companies.

Those who knowingly hand over 15 materials that the State Department says are being used in connection with Iran's nuclear, military or ballistic missile program, including certain types of aluminum and steel, will be subject to sanctions, he said.

During his four years in office, Trump tried to get Tehran to return to negotiations on its nuclear and ballistic missile programs, as well as its activities in the Middle East. Claiming that the deal hadn't gone far enough, Trump in 2018 backed out of the Iran nuclear deal that Tehran struck with world powers in 2015 to curb its nuclear program in exchange for lifting sanctions.

Democrat President-elect Joe Biden, who will succeed Trump on Wednesday, said he would return to the 2015 nuclear pact if Iran resumes strict adherence to it.

Recommended:
Real drop in Ukraine's GDP in 2020 turned out to be lower than predicted - Ministry of Economy
The Prime Minister of Ukraine told the President of the Bundesrat about investment projects in Ukraine
Metinvest was the first in Ukraine to launch a CRM system to improve customer service
On this topic
US hits Iran's steel industry again
Iran's uranium enrichment up to 20% calls into question nuclear deal with Tehran - EU
Iran announced the benefits of US sanctions for the country's steel industry
Iran prepares to launch its telecommunications satellite into 7,000 km orbit
The US imposed sanctions against four steel companies of Iran
Los Angeles Times: a Perfect storm in the American market of steel
Add a comment
Сomments (0)
News Analytics
The capacity of the domestic steel market in Ukraine in January-March decreased19-04-2021, 10:33
In Russia, there is an exuberant demand for agricultural machinery19-04-2021, 10:24
Iran is satisfied with the reaction of the world community to 60% enrichment of18-04-2021, 13:24
Gas prices in Ukraine have reached a record value over the past two years -16-04-2021, 17:24
Ukrmetallurgprom asks the Antimonopoly Committee to allow Metinvest to bid for16-04-2021, 17:23
World Steel Association predicts a good year for metallurgists15-04-2021, 18:19
World Steel Association defines green steel and its variations12-04-2021, 13:14
China unlikely to cut steel capacity in 2021 due to high steel prices07-04-2021, 12:11
Scrap metal market at the beginning of April02-04-2021, 11:10
Rising Chinese Prices Fueled Rising Global Steel Prices - MEPS25-03-2021, 18:54
Sign in with: