In the coming years, Germany plans to invest 2 billion euros in the hydrogen fuel market, and is ready to "build a dialogue" on hydrogen with Moscow and Riyadh. 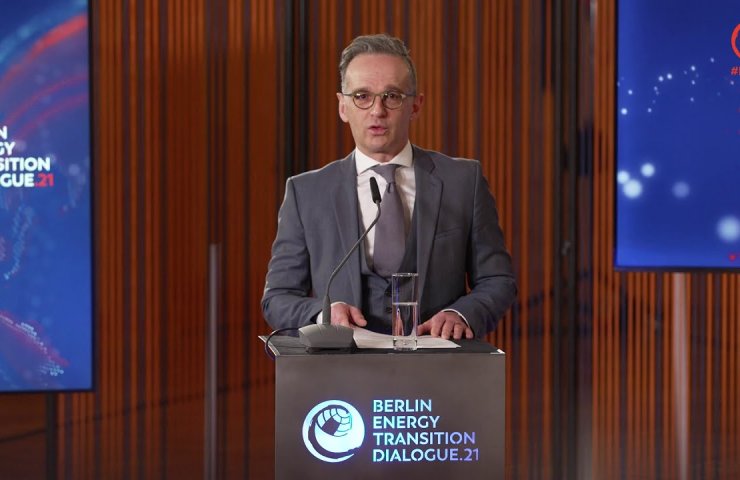 Germany will open a bureau for the production and supply of hydrogen in Russia and Saudi Arabia. Earlier, the German government announced that Russia could work with Germany to produce "green" hydrogen, which would be supplied via Nord Stream 2.

“Together with renewable energy sources, hydrogen offers a way out of the global climate catastrophe that fossil fuels have brought us into. Accordingly, a huge future market is emerging here. If oil was black gold, hydrogen is the invisible gold of the future, ”he said at the Berlin Energy Transition Dialogue.

According to him, if earlier oil fields led to interstate conflicts, then hydrogen fuel can be produced in any country.

Germany will invest 2 billion euros in the coming years to stimulate the international hydrogen market.

“We must support today's fossil fuel exporters if we want to avoid political turmoil. In this regard, the Foreign Ministry will expand its dialogue with producers of traditional energy resources, such as Russia and Saudi Arabia, so that they can timely adjust their business models. With this in mind, we are now working on creating a hydrogen bureau, including in Moscow and Riyadh, ”said Heiko Maas.

Recommended:
Director of the metallurgy department of the Ministry of Industry and Trade of Russia arrested for two months
US and Germany Discuss Reducing Excess Steel Capacities
BELAZ-HOLDING increased product sales in the first quarter of 2021 by 45.5%
On this topic
Siemens Energy promised Deutsche Welle to closely monitor democracy in Belarus
Saudi Arabia's National Oil Company plans to build a metallurgical plant
The first hydrogen hub will be created in Duisburg, Germany by STEAG and ThyssenKrupp
Russia did not mind replacing natural gas with hydrogen in Ukrainian transit in 2035
Belarus bought in Saudi Arabia for 80 thousand tons of oil
The European Union finally made changes to the Gas Directive of the Third Energy Package
Add a comment
Сomments (0)
News Analytics
Укрзализныця достигла согласия с поставщиками по отгрузке дизельного топлива21-04-2021, 14:25
Global hydrogen demand to grow 7-fold by 2070 - PwC21-04-2021, 12:31
Energy independence of Ukraine depends on decarbonization and "green" energy -21-04-2021, 12:42
Shell tests hydrogen fuel cells on ships in Singapore21-04-2021, 11:39
Gazprom will continue to develop priority areas of hydrogen energy based on21-04-2021, 10:49
Global hydrogen demand to grow 7-fold by 2070 - PwC21-04-2021, 12:31
World Steel Association predicts a good year for metallurgists15-04-2021, 18:19
World Steel Association defines green steel and its variations12-04-2021, 13:14
China unlikely to cut steel capacity in 2021 due to high steel prices07-04-2021, 12:11
Scrap metal market at the beginning of April02-04-2021, 11:10
Sign in with: