A directive adopted by the EU Council to extend European standards to offshore pipelines and, according to analysts, will complicate the commissioning of the second line of the gas pipeline from Russia to Germany along the bottom of the Baltic Sea. 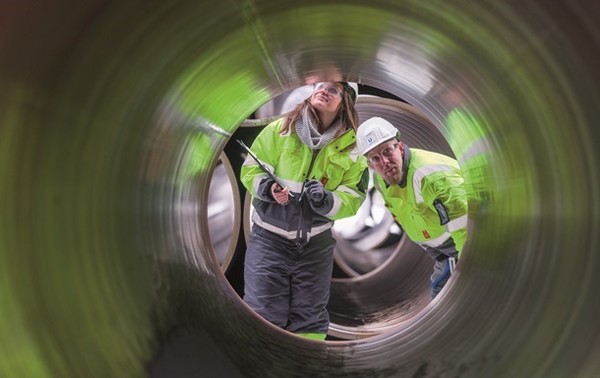 The Council of the European Union approved amendments to the Unification Gas Directive. This will make it possible to extend European norms to the Nord Stream 2 gas pipeline, which is being built from Russia to Germany along the bottom of the Baltic Sea. The vote took place during a meeting of the EU Council in Luxembourg on Monday 15 April. 27 EU member states voted in favor, while Bulgaria abstained.

This is the final stage in the adoption of amendments to the Gas Directive, which is part of the EU's Third Energy Package. This week, the innovations are to be formally signed during the plenary session of the European Parliament in Strasbourg. After that, the document will be published in the Official Journal of the EU, and on the 20th day after publication, it will enter into force.

After that, gas pipelines laid in the EU from third countries will function according to the same rules as pipelines within the union. This will have the greatest impact on the new branch of gas supplies from Russia.

The amended Gas Directive will not automatically stop the construction of Nord Stream 2. Whether to complete it or not is a decision of the private company Nord Stream 2 AG, which is owned by Gazprom. However, in order for the new gas pipeline to be put into operation, it will have to meet much more stringent requirements than, for example, Nord Stream-1, which started operating in 2011. These conditions are intended to ensure competition and protect the rights of EU consumers.

There are four main such requirements. The first of them assumes that gas transportation cannot be carried out by the same company that extracts and sells it (the so-called unbundling or “separation of assets”). Nord Stream 2 AG does not meet this requirement, so if Gazprom wants to launch the pipeline, it will have to create a separate operator that would be independent of the Russian monopoly. This independence must be confirmed by the German national regulator (Federal Network Agency). However, the European Commission and opponents of the project will enforce the rules.

The second requirement is the access of third parties to Nord Stream 2. In practice, this will most likely mean that part of its capacity will have to be kept empty to ensure the guaranteed pumping of other companies. In addition, the German national regulator will set competitive tariffs for gas transportation. Finally, the gas pipeline will have to work transparently, in particular, on the issue of security of supply.

The Gas Directive will apply to both new and existing pipelines. However, it provides for the possibility of exceptions. For existing gas pipelines, for example, Nord Stream 1, it will be quite easy to get exemption from meeting these requirements. But for new "streams" the requirements are more stringent. Whether to make an exception for Nord Stream 2 will be decided by the German regulator. However, the European Commission will be able to cancel this decision. Another way is to conclude an intergovernmental agreement between Berlin and Moscow, but it is impossible without the consent of Brussels.

The European Commission proposed to introduce such innovations back in November 2017, but Bulgaria and Austria blocked them for a long time. Only at the beginning of 2019, Romania began to actively promote them, when it took part in the voting in the EU Council. After a compromise was found in February, changes in the directive began to go through all the stages of adoption at a very fast pace.

The innovations have additional significance in the context of negotiations between Ukraine and Russia on gas transit from next year. The current contract between Kiev and Moscow is valid only until December 31. The launch of Nord Stream 2 will allow Russia to transfer to this gas pipeline part of the gas that is currently going to the EU countries through Ukraine and Poland.

Финансовая аналитика, прогнозы цен на сталь, железную руду, уголь и другие сырьевые товары. More news and analytics on Metallurgprom telegram channel - subscribe to get up-to-date market information and price forecasts faster than others.
Сomments
Add a comment
Сomments (0)
On this topic
Nord Stream 2 investors will sue the European Union
The operator "Nord stream - 2" has filed a lawsuit against the European Union
EU stops financing new cross-border oil and gas projects
EU to cut annual liberalization of steel imports
All UK Jaguars will be electric cars in 2025
Germany begins certification of the Nord Stream 2 gas pipeline, which may take up to 4 months
Recommended:
Norwegian startup to build €4bn green steel plant
Europe's passenger car market records its worst year since the turn of the century
JSW Steel, ArcelorMittal and NLMK may buy two Liberty Steel plants in Belgium
News Analytics
War in Ukraine to accelerate world economy transition to clean energy - BP30-01-2023, 11:49
ArcelorMittal invests $120m in US green steel company30-01-2023, 11:11
The United States refused to comply with the decision of the WTO on tariffs on29-01-2023, 20:08
China remains the world leader in shipbuilding with a 50% share of new shipyard29-01-2023, 12:35
Prices for metal products in Ukraine increased by 26% last year29-01-2023, 12:06
S&P: Russia will continue to dominate the steel export market in the Black05-01-2023, 11:22
Fitch Analysts Predict Big Drop in Global Steel Consumption This Year14-12-2022, 13:59
Analysts predict 5% annual growth in the iron casting market through 203006-12-2022, 12:44
Commodity prices will fall, metals quotes will rise slightly - Focus Economics28-11-2022, 13:28
Platinum market to face shortage next year - WPIC22-11-2022, 18:25
Sign in with: