China urges US to end bullying with economic and trade sanctions

A spokesman for the PRC Ministry of Commerce warned that China will take the necessary steps to vigorously defend national sovereignty and security, as well as the legitimate rights and interests of Chinese companies. 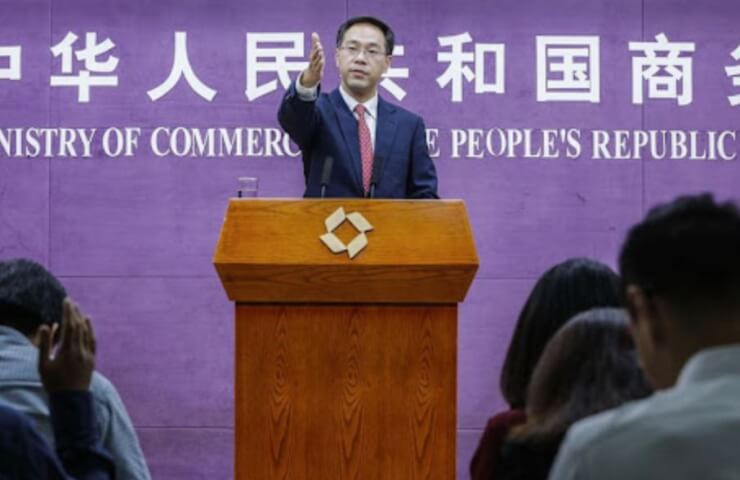 China expressed a strong protest and categorically opposed the economic bullying practiced by the United States, and called on the American side to "immediately stop their erroneous actions." This statement was made by a spokesman for the Ministry of Commerce of the PRC, commenting on the recently followed US economic and trade sanctions affecting China.

According to the Chinese trade representative, the United States, under the guise of so-called human rights and fabricated motives, without any factual evidence, has repeatedly abused export controls, investment restrictions, import bans on Xinjiang-related products. p>

The purpose of these actions, according to Beijing, was to exert continuous pressure on the relevant Chinese entities and to restrict normal trade and economic cooperation between enterprises of the two countries.

"Such political manipulation by the United States undermines market principles, violates WTO rules and economic laws, damages the legitimate rights and interests of Chinese enterprises, as well as the interests of American enterprises and investors," the Chinese official said, adding that such actions do not contribute to stability of global production and supply chains; and global economic recovery.

Ignoring the spirit of science and violating the principles of humanism and universal values, the United States also imposed sanctions on Chinese medical research institutions.

A spokesman for the department called on the United States to immediately stop interfering with normal trade and economic cooperation between Chinese and American enterprises, stop encroaching on the rights of people of all ethnic groups in Xinjiang to exist and develop, and return to the correct path of mutually beneficial cooperation.

Финансовая аналитика, прогнозы цен на сталь, железную руду, уголь и другие сырьевые товары. More news and analytics on Metallurgprom telegram channel - subscribe to get up-to-date market information and price forecasts faster than others.
Сomments
Add a comment
Сomments (0)
On this topic
China imposed sanctions against American non-governmental human rights organizations
Ukrainian business sees great opportunities in expanding China's openness - President of the
The trade war between China and the United States has seriously escalated since September 1
China and the United States held "constructive " consultations ahead of trade negotiations
China and the United States agreed to make joint efforts to address specific trade and economic
The United States expands the list of organizations associated with the development of Russian
Recommended:
China's crude steel production in 2022 falls for the second year in a row
The converter shop of the steel plant in Kamensky, Dnepropetrovsk region, resumed work
The US continued to reduce steel imports in December year-on-year
News Analytics
European steel price rise that began in January will be short-lived - MEPS26-01-2023, 14:44
Steel production in China rose in the first decade of January26-01-2023, 12:30
UK is ready to give 300 million pounds to save British Steel20-01-2023, 21:31
Carriage building plant in Kremenchug stopped production due to debts20-01-2023, 21:11
Europe's passenger car market records its worst year since the turn of the20-01-2023, 21:03
S&P: Russia will continue to dominate the steel export market in the Black05-01-2023, 11:22
Fitch Analysts Predict Big Drop in Global Steel Consumption This Year14-12-2022, 13:59
Analysts predict 5% annual growth in the iron casting market through 203006-12-2022, 12:44
Commodity prices will fall, metals quotes will rise slightly - Focus Economics28-11-2022, 13:28
Platinum market to face shortage next year - WPIC22-11-2022, 18:25
Sign in with: