U.S. hydrogen fuel producer Plug Power has signed a contract with H2 Energy Europe to supply vehicles for a subsidized project in Denmark. 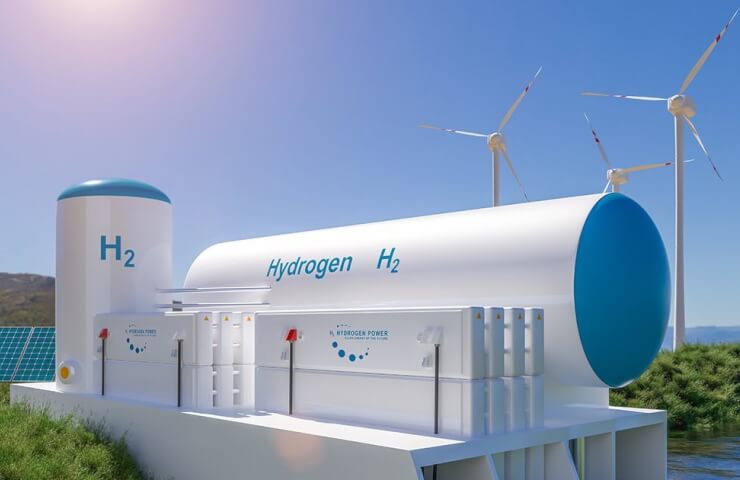 Plug Power, an electrolytic cell manufacturer, has received an order to supply a 1 GW plant - the world's largest to date - to hydrogen company H2 Energy Europe as part of an offshore wind project in Denmark, which is expected to produce enough clean fuel to operate about 15,000 heavy duty vehicle engines.

Electricity from the wind farm will be fed ashore to a planned hydrogen hub in the port city of Esbjerg, where PEM Plug Power electrolysers will produce up to 100,000 tons of hydrogen per year to operate fuel cell Hyundai trucks provided through a joint venture between H2 Energy and Korea auto.

"When you look at hydrogen as a whole, there are certain segments today with no intention of sitting back and wanting to say 'yes, that makes sense'." And I think that in a place like Denmark, hydrogen can be competitive (against diesel).”

We see green hydrogen as the future and have made significant investments in green hydrogen, including the construction of an electrolyser gigafactory," said Andy Marsh, CEO of Plug Power. “Our readiness to work and production capacity were key determinants in the selection of the world's largest order to date, and we are delighted to be a part of this project with H2 Energy.”

The electrolyser will be sourced from the Plug Power Gigafactory in Rochester, NY, with some of the production equipment supplied by external European suppliers. Installation of equipment at the Daya H2 Energy complex is scheduled for 2024, and the first hydrogen should be produced in 2025.

Rolf Huber, CEO of H2 Energy, which recently signed an agreement with Phillips 66 to build more than 250 hydrogen filling stations in Denmark, Germany and Austria, said: “Plug Power’s unique knowledge and market position in the ecological hydrogen ecosystem made our choice to cooperation is very easy. We have the same ambition to reduce CO2 emissions and create a world where hydrogen is the future of energy.”

The agreement with H2 Energy is the latest in a series of significant international orders for Plug Power electrolysers, including a 250 MW plant through a joint venture with Fortescue Future Industries in Australia, a 100 MW plant for Fertiglobe in Egypt, and a 10 MW plant for MOL .

Today, Plug Power has produced more than 50,000 fuel cell systems - mainly for forklift trucks - and more than 165 filling stations, and plans to build and operate a "green hydrogen highway" across North America and Europe.

There is now a 1 GW fuel cell/electrolyser factory in New York, and gigafactories are under construction in South Korea as part of a joint venture between SK Group and Fortescue Future Industries.

Финансовая аналитика, прогнозы цен на сталь, железную руду, уголь и другие сырьевые товары. More news and analytics on Metallurgprom telegram channel - subscribe to get up-to-date market information and price forecasts faster than others.
Сomments
Add a comment
Сomments (0)
On this topic
High-speed alloy design could revolutionize the hydrogen future
US company to build the country's first green hydrogen plant in Egypt
US announces new initiatives to promote green steel and hydrogen
Billion deal: Hyundai Motor to buy robot maker Boston Dynamics
SpaceX signs a contract with the US Air Force to deliver cargo using a rocket
Interpipe denied the message of the American publication about "active trade" with Russia
Recommended:
Battery output in China rose significantly in August
Ford will sharply increase car prices due to a doubling in the price of raw materials for batteries
Purchase of gold products from the company "Basis Gold"
News Analytics
EBRD downgrades Ukrainian economic growth forecast for 2023 from 25% to 8%28-09-2022, 13:57
EU plans additional sanctions against Russian metallurgy27-09-2022, 10:34
The European Commission has approved 5.2 billion euros of state support for27-09-2022, 10:43
China's leading industrial profits fall 2.1% in first 8 months27-09-2022, 10:20
Moody's changed the outlook for the global mining industry to26-09-2022, 19:04
China production cuts in winter will give limited boost to steel markets -15-09-2022, 10:09
Steel prices may rise as manufacturers stop production11-09-2022, 14:06
IREPAS: The global long products market is in a "dramatic situation"10-09-2022, 20:49
Steel prices are unlikely to rise significantly in the near future - analysts02-09-2022, 22:58
Steel prices may move up on new data from China31-08-2022, 12:19
Sign in with: