US Steel begins to restore the blast furnace to work at its main steel plant in the United States after severe flooding the day before thanksgiving. 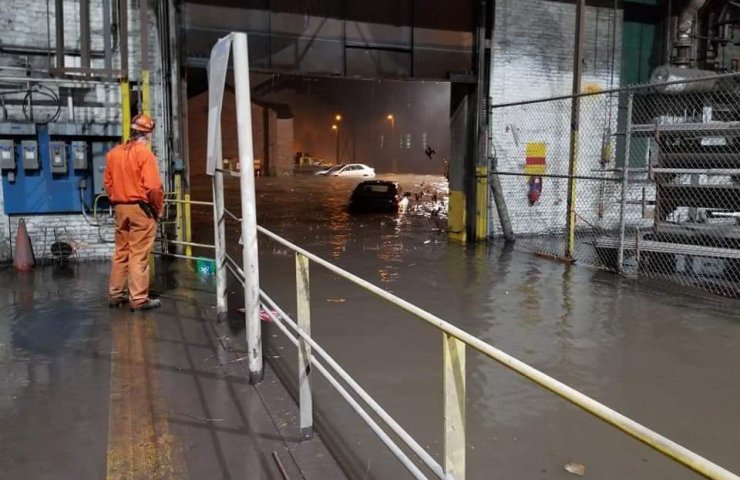 Pittsburgh steel company and US Steel, hopes to resume steel production at the second largest steel mill in the USA early next week.

"on 27 November, US Steel reported a leak of process water, which led to flooding in our factory near our Gary Works blast furnaces", - said the press Secretary of the US Steel Amanda Malkowski. "As a precautionary measure, we stopped the emergency blast furnace and steel production to protect our people, assets and the environment, until the issue is resolved".

Director of the United Steelworkers Mike Millsap said that the leak came from massive water pipes, which delivers water from lake Michigan to the plant for cooling blast furnaces and other steelmaking equipment.

the Smelting of iron was immediately discontinued, as even a minor amount of water, once in the melt can cause explosions and destruction.

thanksgiving steelmakers worked around the clock, pumping out water from the units of the plant, which can produce up to 7.5 million tons of pig iron per year. The flood was so significant that the staff cars were almost completely submerged. 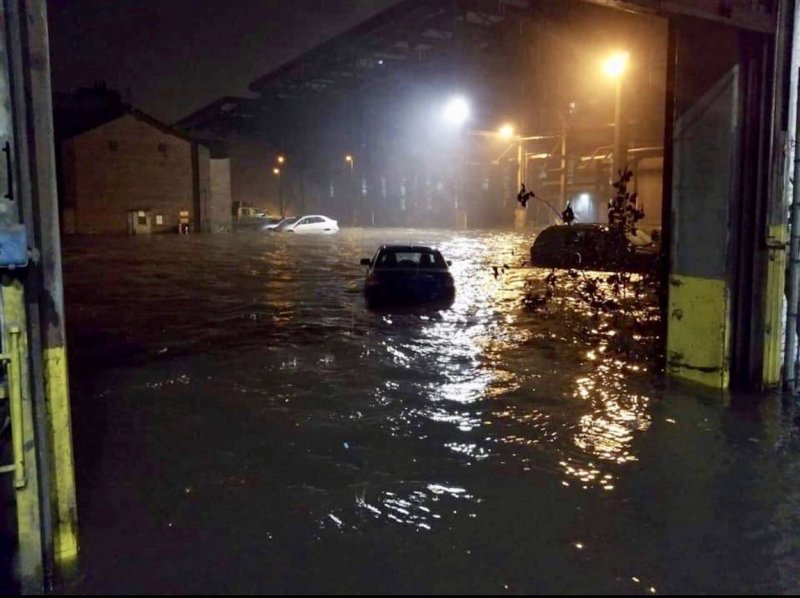 Gary Works is located along the shoreline of lake Michigan and is the largest factory of US Steel.

"We expect that the first blast furnace is put into operation again at the weekend. It is expected that by the middle of the week Gary Works will return to normal operation mode. These works must not adversely affect clients," said Malkowski.

Accident of this magnitude occurred for the first time after its commissioning in 1906.

After the news about stopping the blast-furnace production, the company's shares US Steel < / span>fell nearly 10%.

Recommended:
In may, Ukraine produced a total of 126 new cars
Transshipment of ore in the port Yuzhny increased for the six months 80%
Ukrzaliznytsia insists that took into account the recommendations of the Antimonopoly Committee in the contracts
On this topic
The United States began the process of leaving the Paris climate agreement
Los Angeles Times: a Perfect storm in the American market of steel
Результаты расследования: Крушение Boeing 737 Max Lion Air было вызвано совокупностью 9-ти факторов
Производство стали на рекордном уровне. Что дальше?
US Steel заявила о приостановке выплавки стали на двух заводах США
Южнокорейские металлурги жалуются на рост экологической нагрузки
Add a comment
Сomments (0)
News Analytics
Transshipment of ore in the port Yuzhny increased for the six months 80%03-07-2020, 11:57
Dneprovskiy metallurgical plant has completed a major repair of sinter machine03-07-2020, 11:07
Celsa Steel получила от правительства Великобритании экстренное финансирование03-07-2020, 09:22
Hyundai predicts a decrease of the car market in Russia by 20-25% in 202002-07-2020, 17:02
On the roads of Ukraine introduced strict control over waybills02-07-2020, 13:12
Steel prices in southern Europe are rising, despite weak demand23-06-2020, 10:54
Analysts expect strong demand growth for steel in China10-06-2020, 11:57
Global steel consumption in 2020 will be reduced by 6.4% - Worldsteel04-06-2020, 13:53
American steelmakers are faced with an unexpected problem associated with the14-05-2020, 09:09
Relying on the incentives, Chinese steelmakers increase production30-04-2020, 10:20
Sign in with: