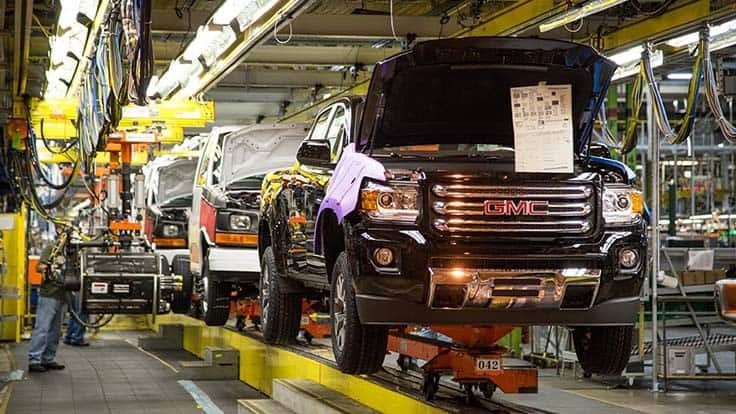 It will be primarily about vacancies in the field of engineering, design and information technology. The recruitment of new employees is expected to accelerate the development of electric vehicles.

"We are in a transitional phase that began at the very end of 2018," Ken Morris, GM's Vice President of Electric and Autonomous Vehicles, said through his press service. "We are moving towards our future with electric vehicles. This will help we move faster ".

In 2018, GM announced a major restructuring that closed three factories and laid off 8,000 workers, many of whom worked on vehicles with an internal combustion engine, recalls Bloomberg. The company said at the time that it intends to hire other engineers to develop 20 electric vehicle models by 2023.

Recommended:
Zaporizhstal increased pig iron production and reduced steel production
1.4 billion hryvnia will be allocated to pay off wage arrears to miners
Hydrogen technologies open up opportunities for decarbonization of the main sectors of the Ukrainian economy
On this topic
Los Angeles Times: a Perfect storm in the American market of steel
General Motors estimated losses from the most prolonged strike in the company's history
The future of electric vehicles is being shaped in China
General Motors and Volkswagen go all-in on electric vehicles
Indian EV makers approve GST tax cut
Is the German auto industry preparing for a collapse?
Add a comment
Сomments (0)
News Analytics
SE "VostGOK" promises to pay off wage arrears by the end of next week27-11-2020, 22:39
Ukraine is losing leadership in the EU rapeseed import market due to the27-11-2020, 18:50
Italian steel plant - largest in Western Europe - launches blast furnace27-11-2020, 17:00
Tesla will recall more than 10,000 cars with defective roof and steering wheel27-11-2020, 16:13
How much will steel prices in the United States "jump" upwards and what are the27-11-2020, 16:23
European Union scrap collectors worried about possible export restrictions18-11-2020, 10:41
Occupational diseases of workers in the extractive industry: types and ways to16-11-2020, 17:49
Eurofer expects recovery in EU steel demand05-11-2020, 09:47
Hot rolled carbon steel demand will continue to grow by 4% pa until 203004-11-2020, 16:14
Platts Steel Trade Review: China Will Decide Asia's Fate30-10-2020, 10:04
Sign in with: