Tesla factory workers have been exempted by a special state order from compulsory compliance with the new California curfew imposed by the worsening pandemic. 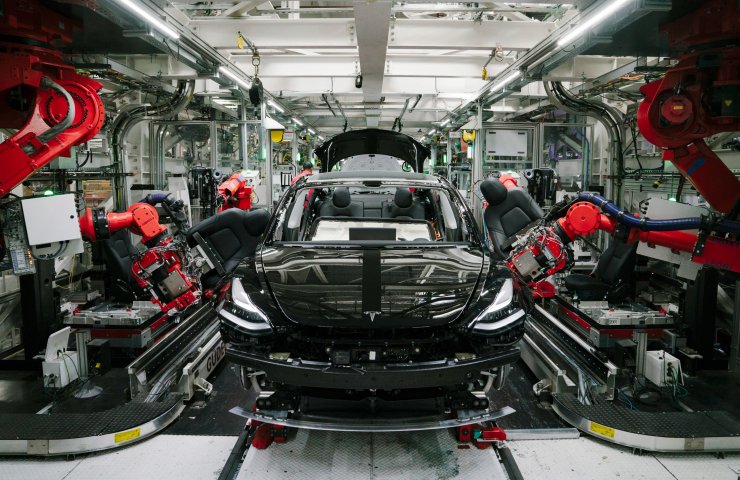 Workers at Tesla's California car factory will be exempted from new quarantine restrictions that will take effect Saturday in the state because they are promoted to "important to the US" jobs after CEO Elon Musk fell out with authorities state due to the previous spring lockdown.

“The Restricted Stay Home Order does not apply to employees deemed to be important workers — manufacturing is listed as the primary workforce,” the California Department of Health said, citing vehicles and equipment in particular. p>

The exemption will allow Tesla's auto assembly plant to avoid a new curfew across much of California while still adhering to its existing health insurance plan.

The stay at home order from 10:00 pm to 5:00 am, in addition to major events, will go into effect in California Saturday night and will remain in effect until December 21st.

About 94 percent of the population is affected by the curfew, including residents of Alameda, where the electric vehicle plant is located.

In May, Musk quarreled with authorities over reopening a California plant and threatened to move its headquarters and future projects to Texas or Nevada.

At some point, he announced resumption of production on Twitter and called on the authorities arrest him for violation of quarantine.

Tesla said last month that profit for the previous quarter more than doubled as the EV maker predicts its shipments this year will reach 500,000 units.

Covid-19 infection in the United States has skyrocketed across the country, prompting several states to take action to try to slow its spread.

On Saturday, the number of cases of coronavirus in the United States exceeded 12 million.

Over the past week, Elon Musk has grown rich by $ 13.5 billion, this happened against the backdrop of rising Tesla shares. He previously surpassed Mark Zuckerberg in Forbes and Bloomberg ratings. Mask owns 21% of Tesla.

Recommended:
World Bank allocates $ 212 million for the integration of the energy grid of Ukraine and the EU
US Hot Rolled Steel Prices Exceed $ 1,800 /Ton
A worker was fatally injured at the Dnieper Metallurgical Plant
On this topic
Tesla to build exclusive electric cars in Berlin for $ 25,000
Elon Musk has the permission of the US authorities to resume the work of Tesla in terms of
Trump has demanded from the authorities of California to allow the car plant Tesla
Elon Musk asks that arrested him only after the resumption of production in California
Tesla has filed a lawsuit against the American authorities, forbade her to resume work in California
Elon Musk sells all his possessions in order to "devote himself to Mars"
Partner news
Сomments
Add a comment
Сomments (0)
News Analytics
Azerbaijan's SOCAR plans to invest in the extraction of battery metals in26-07-2021, 22:00
The first domestic industrial energy storage system was developed and launched26-07-2021, 22:11
The profitability of purchases of scrap metal in Ukraine has decreased, but is26-07-2021, 17:27
Metinvest is ready to pay more than 9 billion hryvnia for the Dnieper steel26-07-2021, 13:01
Cherkassk Azot by Dmitry Firtash completed the modernization of the ammonia26-07-2021, 13:45
On the regional markets of metallurgical products, prices are balancing in a22-07-2021, 16:22
Demand for armaments will ensure a stable growth of armored steel sales by 4%20-07-2021, 10:10
Protectionist Measures Support European Steel Prices Despite Summer Lull19-07-2021, 11:02
Positive price growth is observed in the markets for metallurgical products16-07-2021, 14:12
European steel market is in confusion: price growth has slowed down, but no one21-06-2021, 17:40