On Wednesday, the Johns Hopkins University tracker showed that 405,400 people died from COVID-19 in the United States, more than the total number of deaths for combat and non-combat purposes during World War II. 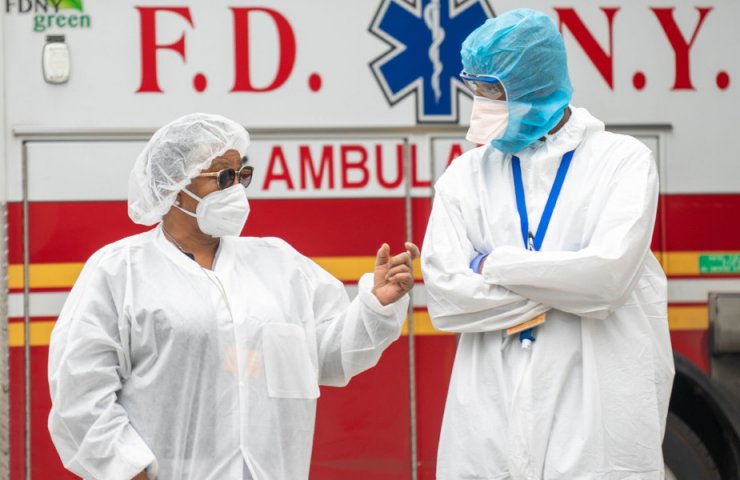 New US President Joe Biden has warned that the worst is yet to come, as the death toll from the American coronavirus outnumbered the country's military deaths in World War II.

The World Health Organization said Wednesday that the number of coronavirus cases globally surpassed 96 million, aided by the emergence of new variants, including one that was first detected in the UK and has now spread to more than 60 countries.

The United States remains the hardest-hit country, accounting for roughly one fifth of the world's two million COVID-19 deaths.

“We need all our strength to survive this dark winter. We are entering the most difficult and deadly period for the spread of the virus, ”Biden said at his inauguration, when those present were wearing masks and were forced to observe social distancing.

Biden signed an Antique Initiative that mandates the wearing of masks in federal offices and ordered the creation of a COVID-19 Coordinator position.

He also signed a decree that reverses the decision of his predecessor, Donald Trump, to withdraw from the World Health Organization (WHO). In the event that Biden had not taken such a step and would not have stopped the procedure for leaving WHO, the United States would have officially left the organization on July 6, 2021.

In addition, Biden brought the United States back into the Paris climate agreement. UN Secretary General Antonio Guterres welcomed the decision of the US President to return to participation in the Paris Agreement, aimed at preventing rapid global warming on the planet.

Recommended:
Minister of Infrastructure of Ukraine invites Azerbaijan to invest in transport projects
Converter # 1 started working at Azovstal after major overhaul
European auto industry ready to move to electric vehicles much earlier than 2030 - ACEA
On this topic
WHO fears new COVID-19 mutations
UK investigates human death due to air pollution for the first time in history
Revealed the cause of high mortality from coronavirus in patients with diabetes
The UN believes that the world did not hear the warnings of the Global Preparedness Monitoring
Yuzhmash told whether it is possible to launch reusable rockets from the Black Sea
Because of the terrible working conditions in Ukraine die each year hundreds of people - study
Add a comment
Сomments (0)
News Analytics
The capacity of the domestic steel market in Ukraine in January-March decreased19-04-2021, 10:33
In Russia, there is an exuberant demand for agricultural machinery19-04-2021, 10:24
Iran is satisfied with the reaction of the world community to 60% enrichment of18-04-2021, 13:24
Gas prices in Ukraine have reached a record value over the past two years -16-04-2021, 17:24
Ukrmetallurgprom asks the Antimonopoly Committee to allow Metinvest to bid for16-04-2021, 17:23
World Steel Association predicts a good year for metallurgists15-04-2021, 18:19
World Steel Association defines green steel and its variations12-04-2021, 13:14
China unlikely to cut steel capacity in 2021 due to high steel prices07-04-2021, 12:11
Scrap metal market at the beginning of April02-04-2021, 11:10
Rising Chinese Prices Fueled Rising Global Steel Prices - MEPS25-03-2021, 18:54
Sign in with: