Ministry of Commerce: China intends to strengthen trade and economic ties with the United States

RMB-denominated bilateral trade between the United States and China grew by 8.8% in 2020. 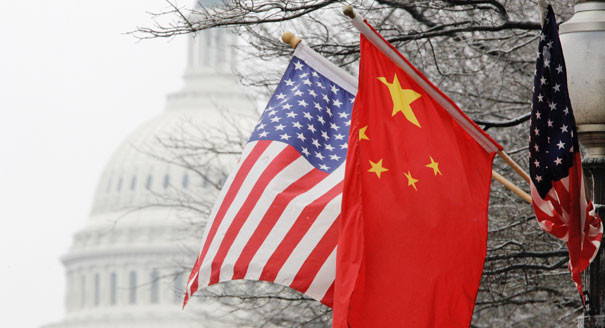 China intends to strengthen ties with the United States in the trade and economic field and pursue cooperation based on mutual respect, equality and mutual benefit, Chinese Minister of Commerce Wang Wentao said at a press conference on Wednesday.

"I look forward to making joint efforts with our American counterparts to enhance communication, deepen mutual understanding, focus on cooperation and resolve differences to facilitate the return of bilateral trade and economic relations to cooperation in line with the spirit of the telephone conversation conducted by the leaders of the two states." , he said.

Wang Wentao stressed that China has always believed and continues to believe that the essence of Sino-US trade and economic relations is mutual benefit and common gain. Cooperation is the only correct choice, since the interests of both parties are deeply integrated, he added.

Despite the global trade downturn due to the COVID-19 pandemic, trade between China and the United States has reversed this trend. According to customs data, in 2020, bilateral trade turnover denominated in yuan increased by 8.8%.

According to Wang Wentao, China is the United States' largest trading partner, and trade and investment cooperation has contributed positively to economic recovery on both sides.

"This fully demonstrates that trade and economic cooperation is a force that actively promotes interstate relations and brings tangible benefits to both parties," he added.

Recommended:
You can now buy Tesla with Bitcoin - Elon Musk
Elon Musk announced the recruitment of several thousand engineers for the "Starbase" in Texas
Hyundai Motor suspends production in South Korea due to chip shortage
On this topic
2021 will be the year of rapid development of private astronautics
China and Ukraine held the fourth meeting of the Intergovernmental Commission on Cooperation
Strategy of defense in space
Washington may cancel the portion of the tariff on metals in the fight against the coronavirus
The head of the Ukrainian chamber of Commerce announced that China became a leader of the open
Los Angeles Times: a Perfect storm in the American market of steel
Add a comment
Сomments (0)
News Analytics
Electrotyazhmash was allowed to overhaul the rolling stock of Ukrzaliznytsia21-04-2021, 16:17
Dniprostal-Energo initiates an auction for the purchase of electricity on the21-04-2021, 16:08
Zaporizhstal donated a new oxygen station to the Zaporizhzhya Regional21-04-2021, 15:11
Brazil is interested in the production capabilities of Yuzhmash21-04-2021, 14:35
Energoatom ordered a condenser from Turboatom worth 0.5 billion hryvnia for21-04-2021, 14:28
Global hydrogen demand to grow 7-fold by 2070 - PwC21-04-2021, 12:31
World Steel Association predicts a good year for metallurgists15-04-2021, 18:19
World Steel Association defines green steel and its variations12-04-2021, 13:14
China unlikely to cut steel capacity in 2021 due to high steel prices07-04-2021, 12:11
Scrap metal market at the beginning of April02-04-2021, 11:10
Sign in with: