The US steel market is keeping a close eye on such stops as record high prices for steel, including sheet metal for the automotive industry, are making both buyers and suppliers nervous. 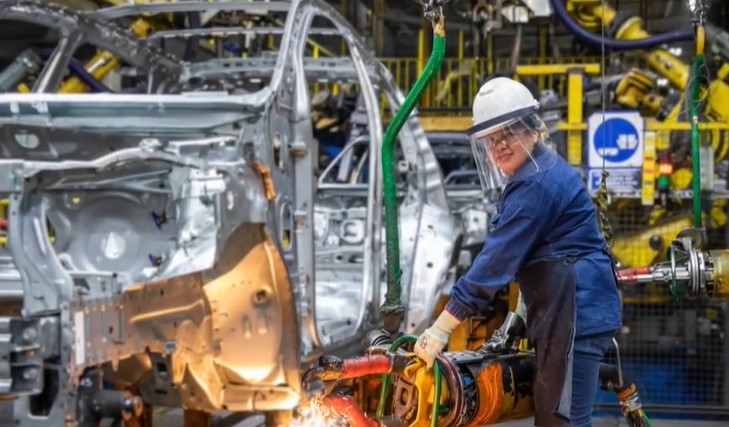 Leading American automaker General Motors will suspend production at four of its auto assembly plants in North America for two weeks as the industry continues to suffer from a global shortage of semiconductor chips, a company spokeswoman said July 16.

GM has also extended previously announced downtime at its CAMI assembly plant in Ontario, Canada, which makes the Chevy Equinox, Ackerman said. The factory hiatus, which was originally scheduled for July 19-26, will be extended until August 16.

During 2021, the global automotive industry faced a shortage of semiconductor chips.

US flat-rolled steel market players are keeping a close eye on the news of stops at automakers as hot dip galvanized sheet prices hit new record highs every week, and those stops will at least help businesses catch up and stabilize prices. Buyers, however, did not see an immediate improvement in the market situation, as spot availability of zinc plating in the US market remained very limited and mills continued to raise prices for such products.

Recommended:
At a chemical plant in Rivne, a pipeline depressurization occurred in the nitric acid production workshop
Thyssenkrupp receives the largest order in the history of the company for the construction of 6 submarines
Azerbaijan's SOCAR plans to invest in the extraction of battery metals in Ukraine
On this topic
Global auto industry to lose more than 2 million cars due to chip shortage - Oxford Economics
Emergency summit on chip shortage to be held in Washington - Biden administration
Hyundai Motor suspends production in South Korea due to chip shortage
Chip shortage plunges Japanese car production by 10%
General Motors suspends three factories in the US due to a shortage of computer chips
Trump's legacy - carmakers shut down factories over Chinese chip shortages
Partner news
Сomments
Add a comment
Сomments (0)
News Analytics
Azerbaijan's SOCAR plans to invest in the extraction of battery metals in26-07-2021, 22:00
The first domestic industrial energy storage system was developed and launched26-07-2021, 22:11
The profitability of purchases of scrap metal in Ukraine has decreased, but is26-07-2021, 17:27
Metinvest is ready to pay more than 9 billion hryvnia for the Dnieper steel26-07-2021, 13:01
Cherkassk Azot by Dmitry Firtash completed the modernization of the ammonia26-07-2021, 13:45
On the regional markets of metallurgical products, prices are balancing in a22-07-2021, 16:22
Demand for armaments will ensure a stable growth of armored steel sales by 4%20-07-2021, 10:10
Protectionist Measures Support European Steel Prices Despite Summer Lull19-07-2021, 11:02
Positive price growth is observed in the markets for metallurgical products16-07-2021, 14:12
European steel market is in confusion: price growth has slowed down, but no one21-06-2021, 17:40