Turkey must now "immediately resolve the issue of the S-400 in coordination with the United States," said Mike Pompeo. 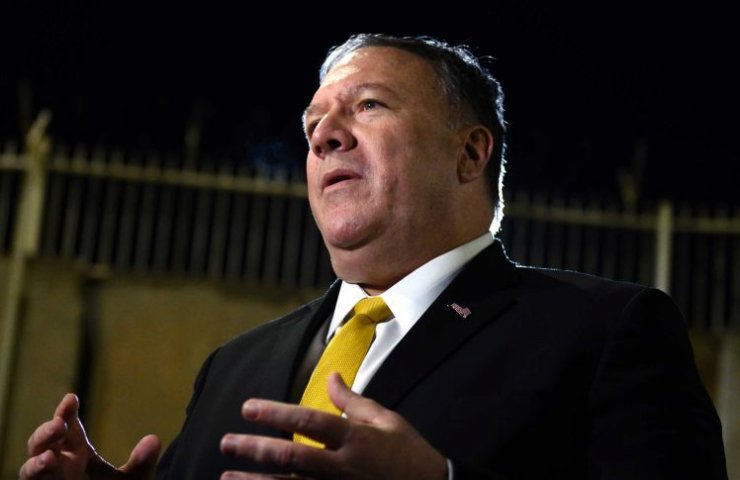 The United States imposed sanctions against the secretariat of the defense industry of Turkey and its head Ismail Demir for the purchase of Russian S-400 systems. This was announced by US Secretary of State Mike Pompeo.

Despite our warnings, Turkey moved ahead with its purchase and testing of the S-400 system from Russia. Today's sanctions on Turkey 's SSB demonstrates the U.S. will fully implement #CAATSA . We will not tolerate significant transactions with Russia 's defense sector.

Sanctions are imposed for knowingly participating in a deal with Rosoboronexport, Russia's main arms export company, by purchasing the S-400 anti-aircraft missile system, the document says, published by the US Department of State.

“We have proposed other systems compatible with NATO standards and made it clear that the S-400 is incompatible with Turkey’s NATO commitments,” said US Deputy Secretary of State Keil Brown.

The main US concern is that the S-400 could be used to gather intelligence on the covert capabilities of the F-35.

Ankara argues that an air defense system is an urgent need, given the military conflicts around the country, and said that allies, including the United States, could not offer it any alternatives - like the Patriot system - on conditions acceptable to Turkey.

Финансовая аналитика, прогнозы цен на сталь, железную руду, уголь и другие сырьевые товары. More news and analytics on Metallurgprom telegram channel - subscribe to get up-to-date market information and price forecasts faster than others.
Сomments
Add a comment
Сomments (0)
On this topic
United States Steel Corporation pays a symbolic dividend of 1 cent per 1 share
Los Angeles Times: a Perfect storm in the American market of steel
USA records record steel production
The steel industry, the United States recognized itself the most energy efficient in the world
The European Commission introduced anti-dumping duties against Turkish rolled metal products
The muddy story with the sale of British Steel to the Turks may end in a complete fiasco
Recommended:
The owner of the Dnipro iron and steel works commented on reports of absentee arrest in the Russian Federation
The pipe metallurgical plant in Nikopol continued to work after a short stop
Australia and the UK aim to catch up and overtake China in the battery metal sector
News Analytics
China's iron ore output to rise in 2023 as new projects are launched30-11-2022, 18:10
"Centravis" agreed to supply a new batch of seamless pipes to a30-11-2022, 16:51
Metinvest enterprises in Ukraine resumed work after massive shelling of29-11-2022, 11:59
The European Council added the violation of restrictive measures (sanctions) to28-11-2022, 14:22
The abolition of export duty in India may reduce the price of Turkish steel28-11-2022, 14:07
Commodity prices will fall, metals quotes will rise slightly - Focus Economics28-11-2022, 13:28
Platinum market to face shortage next year - WPIC22-11-2022, 18:25
Global steel demand falls and will fall by 2.3% in 2022: WorldSteel19-10-2022, 23:12
Iron ore prices fall to 11-month low15-10-2022, 10:36
China production cuts in winter will give limited boost to steel markets -15-09-2022, 10:09
Sign in with: