According to the document of the Ministry of economy of Germany, which refers to Bild, Germany expects that the President, Donald trump will sign the bill on sanctions no later than Friday, and that means that the Dutch-Swiss company Allseas, which currently pipeline from the Danish island of Bornholm, will fall under US sanctions this week. 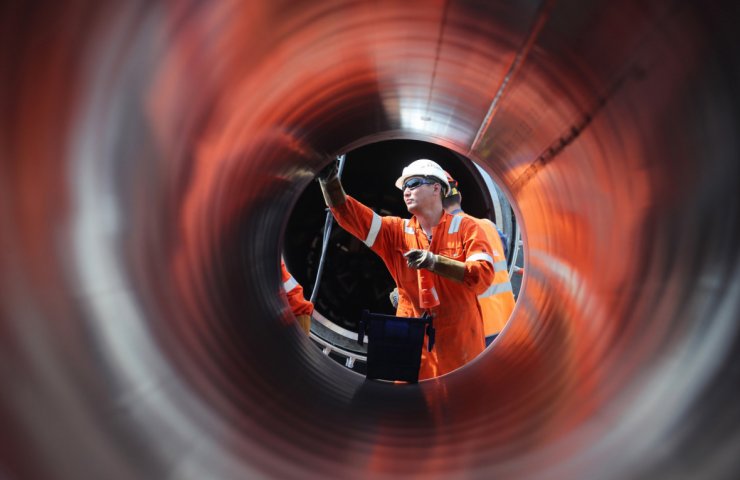 the German Government is preparing for U.S. sanctions in connection with Russian gas pipeline project "Nord stream – 2". On Tuesday writes German edition Bild, referring to a confidential document from the Federal Ministry of Economics.

the document says that on Tuesday, the US Senate has to approve the "Law on approval of the state defence 2020". The signature of the President trump the law is expected before December 20, 2019. Thus sanctions against the "Nord stream – 2" will enter into force no later than Friday.

"the Federal government does not rule out that the announced sanctions will prevent the laying of pipes in the Danish foreign trade zone", - warns the Ministry of economy (BMWi).

This means that the Dutch-Swiss company Allseas, which currently pipeline from the Danish island of Bornholm, may face U.S. sanctions as early as Friday or stop construction of the pipeline.

According to the document, the US plans to impose sanctions against this company that allows for the freezing of its accounts and ban on entry of its employees in the United States.

the Federal government "will carefully examine the specific implications of the law for implementation of the Nord Stream project 2" after the signing of the law by US President Donald trump.

in addition, Berlin apparently sees the chance for completion, "Nord stream – 2" in a 30-day "period of inactivity", which the law provides for "cessation" of work without penalty for those who engage in it.

Only after these options will be evaluated, will decide "what specific measures" to respond to the law, says Bild.

Earlier it was reported that German Chancellor Angela Merkel called Russian President Vladimir Putin on delivery of natural gas to Europe, including on the prospects of transit of fuel through Ukraine.

United States opposes the pipeline, which will allow Russia to bypass intermediaries from Poland and Ukraine to deliver gas directly to Germany, saying that it will strengthen Europe's dependence on strategic rival in the East.

Recommended:
The National Bank of Ukraine decided to "green up" the country's financial system
Ukrzaliznytsia in 2021 will invest over UAH 14 billion in production and infrastructure
The situation with coal reserves in the warehouses of Ukrainian thermal power plants remains critical
On this topic
The Venice Commission has recommended Ukraine to protect Russian to change language law
U.S. seeks closing of the companies involved in the construction of "Nord stream 2"
Elon Musk will invest in the factory in Berlin 4.4 billion euros
Denmark gave the green light to Nord stream-2
German Transport Minister Says Hydrogen Powered Future
Prospects for the development of the economy and steel market in the EU in 2019-2020
Add a comment
Сomments (0)
News Analytics
At the Yaroslavsky metallurgical plant in the Dnieper began to pay for new04-03-2021, 14:39
Novokramatorsk Machine Building Plant strengthens its position in the national04-03-2021, 14:44
ArcelorMittal Kryvyi Rih started hot tests of sinter machine No. 2 after04-03-2021, 14:37
Chinese researchers develop soft robot for deep sea exploration04-03-2021, 13:19
Lufthansa has a record loss of 6.7 billion euros in 202004-03-2021, 13:48
Spread between raw materials and high strength alloy steel in Europe increased01-03-2021, 20:21
Increase in prices is forecasted in the markets of steel raw materials -26-02-2021, 09:25
Troy ounce of gold will drop $ 500 in two years - Fitch25-02-2021, 18:29
Global iron ore production growth to outstrip cumulative production in India23-02-2021, 10:22
Fitch Ratings Warns of “Shocking Impact” on Fossil Fuel Exporters18-02-2021, 14:44
Sign in with: