the Corporation has developed a special parachute that can be used by any untrained person during the evacuation from tall buildings. 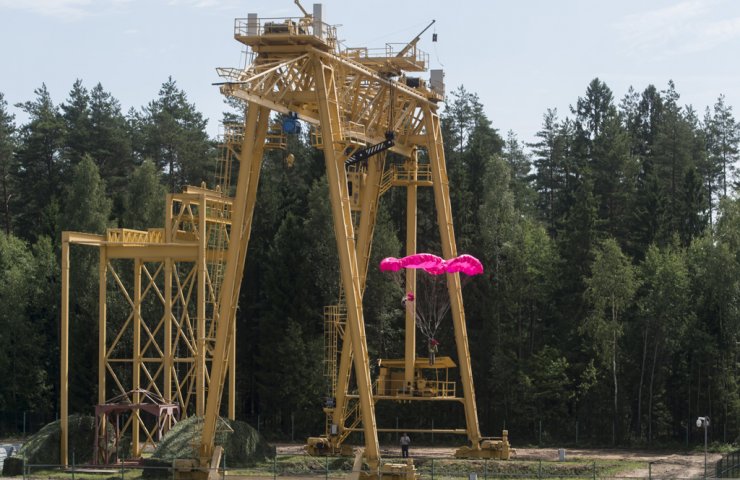 the technodynamics of state Corporation rostec, has received the certificate of conformity of the parachute system "a Chance", designed to evacuate people from tall buildings. The document provides an opportunity to begin mass production of rescue system that allows special skills to parachute from the height of a standard nine-storey building – 33 meters.

Developed "Chance" Moscow, NII parachutostroeniya. The system includes a harness & container system, three domes, providing a predetermined vertical speed, and exhaust component it guarantees the output and the opening of the domes at the desired height. In the construction of parachutes used for a number of innovative solutions that allow the domes to be folded in contact with the building. Suspension system automatically stabilizes the position of the human body.

"against the backdrop of high rate of urbanization, the number of tall buildings in cities is increasing. In the design, construction and operation of skyscrapers increased requirements of security, but in case of emergency emergency evacuation is often difficult. To solve this problem we developed an individual parachute system "a Chance", which can greatly simplify the rescue efforts in modern cities", – said General Director of holding "Technoceramica" Igor Nasenkov.