The new list includes 84 Ukrainian companies, mainly in the mining and chemical industries. 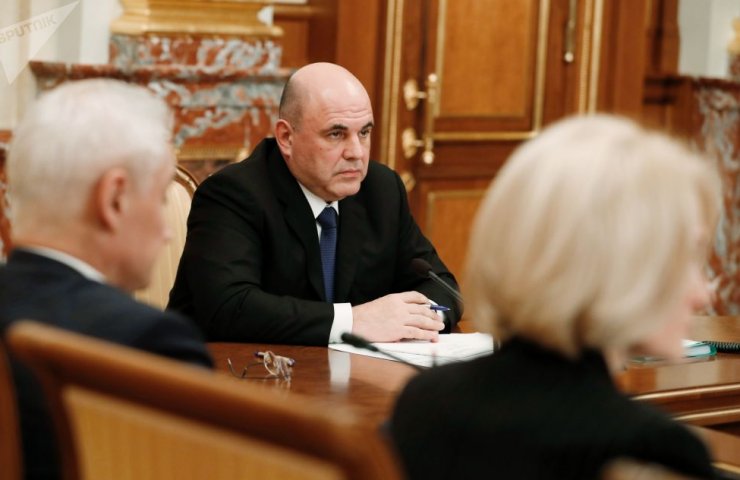 Russian Prime Minister Mikhail Mishustin signed a decree expanding the list of Ukrainian companies that are subject to economic sanctions. The document was published on Friday on the official portal of legal information of the Russian Federation.

The document introduces amendments to Appendix No. 2 to the Decree of the Government of the Russian Federation of November 1, 2018 No. 1300 "On measures to implement the Presidential Decree No. 592 of October 22, 2018 ".

In the initial version of the document, the list of legal entities in respect of which special economic measures were introduced consisted of 68 companies. The updated document has expanded their number to 84.

Three companies and two subsidiaries from Odessa, two companies from Dnipro, as well as legal entities registered in Poltava and Panama were added to the list. In particular, the list includes the companies of the Transship group of the Ukrainian businessman Andrey Ivanov.

"Transship" specializes in transshipment of bulk and liquid cargo in road conditions, as well as in the organization of transportation schemes. Today it is the leader in cargo handling on the roads of the Azov-Black Sea basin. The company has its own shipbuilding facilities.

Earlier, the Russian authorities added to the list sanctioned goods by Ukrainian wheel axles, wheelsets, wheels, as well as blanks for them. All these details relate to wheels with a diameter of 710 mm. The list also includes cast side frames and bolsters for freight car bogies.

On January 28, President of Ukraine Volodymyr Zelenskyy put into effect the decision of the National Security and Defense Council (NSDC) on sanctions against legal entities and individuals from Russia.

Recommended:
Works on equipment for the South-Ukrainian NPP completed in the shops of Turboatom
Belgium will provide a loan to Liberty Steel only for it to sell its plant and leave the country
ArcelorMittal Kryvyi Rih plans to increase its rolling stock by one and a half times
On this topic
Russia has banned the import of railway wheels from Ukraine
Mikhail Mishustin dismissed the trade representative of Russia in Ukraine
Ukraine sells property of the state geological prospecting institute as unnecessary
Prospects for ship repair in Ukraine
Yuzhmash told whether it is possible to launch reusable rockets from the Black Sea
Novinsky and Kiselyov was taken out by Russian sanctions
Add a comment
Сomments (0)
News Analytics
Metinvest's Italian contractors reveal details of the investment project in16-06-2021, 23:01
Energoatom approved Electrotyazhmash as a supplier of turbine generators for16-06-2021, 14:57
Representatives of Ukraine and Germany discussed the prospects for cooperation16-06-2021, 10:49
Vestas and DTEK RES signed an agreement for the supply of wind turbines for the16-06-2021, 10:45
SSAB agrees with Volvo to supply and refine HYBRIT decarbonized steel16-06-2021, 10:40
Vaccinations fuel demand for platinum - World Platinum Investment Council08-06-2021, 12:55
Sharp price growth continues in the rolled metal market - Ukrpromvneshexpertiza08-06-2021, 11:04
Analysts note overheating of the global scrap metal market01-06-2021, 13:28
Hydrogen-fueled steelmaking could be competitive after 2050 - McKinsey19-05-2021, 14:22
Steel raw material prices are skyrocketing across the board18-05-2021, 12:34
Sign in with: