Nord Stream 2, which was originally planned to be operational in late 2020 or early 2021, will double Russia's capacity to transport gas directly to Germany. 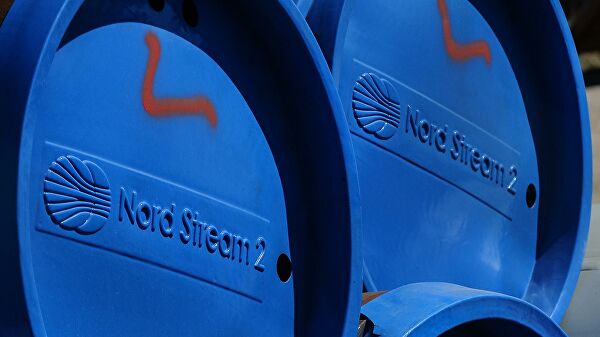 The outgoing Trump administration is preparing a new round of sanctions, sanctioned by the US Congress, which, in its opinion, could deal "a fatal blow to the Russia-Germany project, led by the state gas company Gazprom," Reuters reported, citing White officials. At home.

“We struck one blow after another, and now we are ready to drive a stake in the heart of this project,” said one of the agency's interlocutors, speaking on condition of anonymity.

Russia this month resumed construction of the $ 11.6bn (€ 9.5bn) pipeline, which is 90% complete, after a one-year hiatus caused by current U.S. sanctions.

New work has focused on a 2.6 km (1.6 mi) stretch of shallow water in Germany's Exclusive Economic Zone, but not yet in deep water off the Danish coast, which makes up most of the 100 km unfinished section.

The US campaign to pressure Nord Stream 2 is backed by both Democratic and Republican lawmakers who fear it will bypass Ukraine by depriving it of lucrative transit fees. Biden called the pipeline a "bad deal" for Europe in 2016 and criticized Moscow for its alleged role in a massive cyberattack on US government agencies discovered last week.

Recommended:
The only uranium mining enterprise in Ukraine reduced uranium production by 7.1%
State Geological Survey of Ukraine announces attempts to disrupt auctions for sites with lithium ore deposits
BMW plans to make 20% of its cars electric by 2023
On this topic
Gazprom to continue building Nord Stream 2 in Danish territorial waters from 15 January
Construction of "Nord Stream-2 " resumed
Akademik Chersky arrives at the Nord Stream 2 pipe-laying site
US to impose sanctions against Nord Stream 2 by the end of the year
Denmark gave Nord Stream 2 the green light to continue laying pipe
The Swiss-Dutch company Allseas stopped the construction of the "Nord stream-2"
Add a comment
Сomments (0)
News Analytics
Kherson shipyard for the first time in 10 years received orders from the20-01-2021, 20:12
The Ministry of Economy introduces an experiment on free training for the20-01-2021, 18:54
ArcelorMittal Kryvyi Rih put into operation a new locomotive EffiShunter 160020-01-2021, 18:52
Energomashspetsstal updated the certificate of the manufacturer of blanks for20-01-2021, 18:04
Krivoy Rog iron ore plant bought a powerful loader for the Gvardeyskaya mine20-01-2021, 18:10
China will overtake the United States to become the world's largest economy in27-12-2020, 12:04
The shortage in the US steel market will last at least until the end of the25-12-2020, 11:36
Steel production in China to surpass one billion tons this year23-12-2020, 10:59
Iron ore prices hit seven-year high and continue to rise15-12-2020, 10:26
Prices for metallurgical raw materials continue to rise in regional markets10-12-2020, 11:32
Sign in with: