UAZ will assemble SUVs in Ethiopia

UAZ and Bazra Motors signed an agreement to organize assembly production of Ulyanovsk models in the African republic. 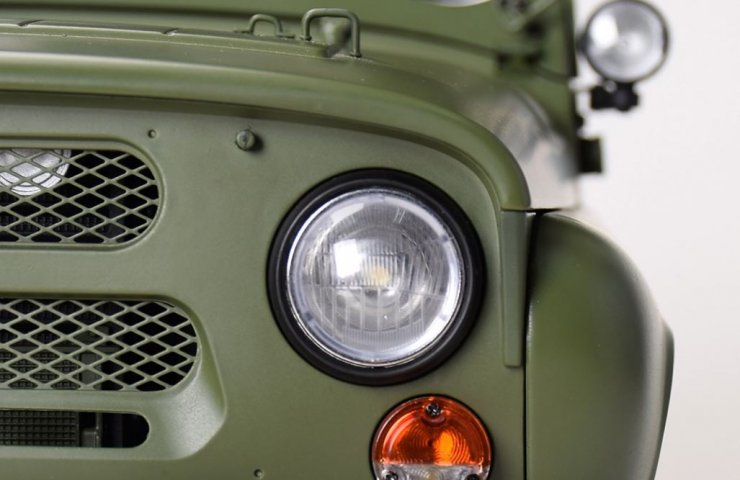 Ulyanovsk Automobile Plant will start assembling SUVs in Ethiopia in August. The first models will roll off the assembly line in August. This is stated in the statement of the Russian company, made following the negotiations with the Bazra Motors firm during the visit of the UAZ delegation to the republic.

The parties entered into an agreement to launch production, develop sales and ensure subsequent maintenance of the products of the Ulyanovsk Automobile Plant on the territory of this East African country, UAZ said in a statement.

The first deliveries will include 64 vehicle kits. It is planned to reach the design capacity of the enterprise in the town of Kombolcha, 3 thousand units per year, within 2.5 years. Such models as "Patriot", "Pickup", "Profi", "Hunter" will be assembled here. In the future, the company expects to develop other modifications depending on the Ethiopian market.

Local residents have already shown interest in UAZ products earlier. In the last 20 years alone, the plant has delivered more than 1200 machines to the country. The company has repeatedly announced plans to further expand the geography of sales in order to increase their volumes in foreign markets up to 20 thousand vehicles per year (about 30% of the total sales of the enterprise).

Earlier it became known that the first batch of UAZ SUVs was sold out in Chile, where mining companies and surfing clubs showed particular interest in Russian cars. 18 dealerships will be opened in the country. In general, in the coming years, UAZ plans to sell at least three thousand passenger cars a year in Latin American markets.

According to the Association of European Businesses, sales of Sollers (UAZ is part of the group) in the Russian Federation in 2020 decreased by 1.9%, its exports - by 36.6%.

Recommended:
Production of metal products in Donetsk region in March decreased by 5.5%
The largest oil company in the world has increased its net profit by a third
Tomorrow Ukraine will sell the rights to the largest titanium ore deposit - Gosgeonedra
On this topic
UAZ launches online service for buying cars
Ethiopia with the help of China launched its first satellite
Pre-order the new Tesla pickup Cybertruck made about 146 000 customers – Elon Musk
Elon Musk introduced Tesla electric pickup Cybertruck at a price of 40 thousand dollars
The future of electric vehicles is being shaped in China
Tata Group Transfers India to Electric Vehicles
Add a comment
Сomments (0)
News Analytics
Metallurgical Plant Zaporizhstal announced the transfer of data on emissions12-05-2021, 16:46
Interpipe's 5-year Eurobonds for $ 300 mln are assigned a priority unsecured12-05-2021, 16:30
Dnipro Metallurgical Plant exceeded the April production plan by 6.7%12-05-2021, 15:45
The auto industry rushed up: the production of vehicles in Ukraine increased 1612-05-2021, 15:44
The Minister of Energy of Ukraine promised today to close the issue of wage12-05-2021, 14:24
The current state of the market is ideal for the sale of rolled steel - IREPAS04-05-2021, 18:41
Global hydrogen demand to grow 7-fold by 2070 - PwC21-04-2021, 12:31
World Steel Association predicts a good year for metallurgists15-04-2021, 18:19
World Steel Association defines green steel and its variations12-04-2021, 13:14
China unlikely to cut steel capacity in 2021 due to high steel prices07-04-2021, 12:11
Sign in with: