In Russia, there is an exuberant demand for agricultural machinery

Sales of agricultural machinery in the Russian Federation grew by 53% in the first quarter of 2021. 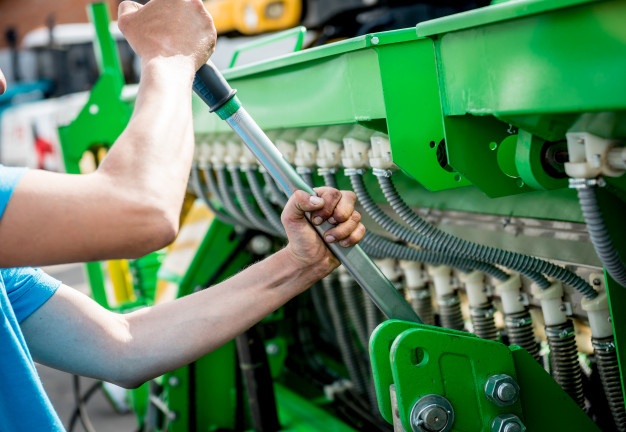 Sales of Russian agricultural machinery in January-March increased by 53%, to 32.5 billion rubles. The dynamics of production was recorded at the same level, Rosspetsmash calculated. They talk about the impact on the market of "stable acceptable" prices for agricultural products, which allowed farmers to increase the pace of park renewal. The association also notes the positive impact of state support for demand (we are talking about discounts on equipment under the "1432 program"), which "is often the only opportunity for small and medium-sized agricultural businesses to update the means of production."

The production of Russian agricultural machinery has been growing since 2013, and in 2020 machine-building plants of the Russian Federation increased its output by 29.6%. Machine builders plan to keep production in 2021 at a level not lower than the previous one. The factors that can slow down the growth rates in the industry, Rosspetsmash called "an unprecedented rise in metal prices, constantly growing electricity tariffs, as well as an increase in prices for fuels and lubricants.

Daniil Nametkin, the head of the Center for Investment Analysis and Macroeconomic Research of the CSR, notes that the Russian Federation maintains aggressive plans to increase agricultural exports, including actively building grain transshipment terminals, so the issue of further increasing yields remains relevant. This requires the modernization of the fleet, while the fleet will soon begin to be abandoned, which was massively updated in the early 2010s, he concludes: the service life of an actively operating combine is five to seven years.

Recommended:
The development of the hydrogen economy is included in the National Economic Strategy of Ukraine
Installation of the first giant battery in Ukraine is being completed at Zaporizhzhya TES
Ukraine calls on American companies to develop deposits of strategic metals
On this topic
Production of Russian road construction equipment in 2021 increased by 26%
The Ukrainian government will allocate a billion hryvnia to subsidize the sales of agricultural
Export of agricultural machinery from Russia increased by 30% in 2020 - Rosspetsmash
Russian machine builders asked Vladimir Putin to influence metallurgists
Russia has increased the production of agricultural machinery in 2020 by 30%
Production of agricultural machinery of high localization in the Russian Federation increased by a
Add a comment
Сomments (0)
News Analytics
Dneprotyazhmash manufactures technological equipment for DMK07-05-2021, 10:07
The National Bank of Ukraine will sell 46 tons of scrap metal from obsolete07-05-2021, 10:10
Dnieper Metallurgical Plant DCH Steel in April reduced steel production by 2.8%07-05-2021, 09:18
Revised draft law on support of the extractive industry of Ukraine sent to07-05-2021, 09:41
Global auto industry to lose more than 2 million cars due to chip shortage -06-05-2021, 21:26
The current state of the market is ideal for the sale of rolled steel - IREPAS04-05-2021, 18:41
Global hydrogen demand to grow 7-fold by 2070 - PwC21-04-2021, 12:31
World Steel Association predicts a good year for metallurgists15-04-2021, 18:19
World Steel Association defines green steel and its variations12-04-2021, 13:14
China unlikely to cut steel capacity in 2021 due to high steel prices07-04-2021, 12:11
Sign in with: