The Russian market of road construction and special equipment in January-March grew by 26.4%

Sustainable growth after rather modest dynamics of last year was facilitated by both market factors in the form of deferred demand and the excitement against the backdrop of plans announced by the Ministry of Industry and Trade of the Russian Federation to significantly increase the collection for such equipment. 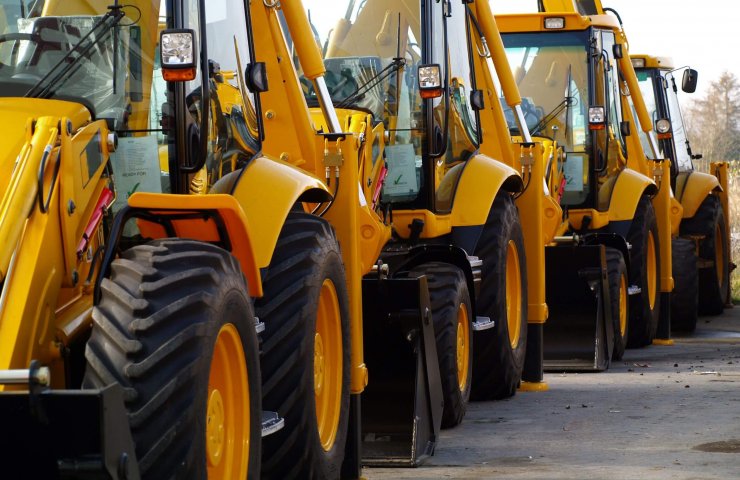 The Russian market of road-building and special equipment in January-March grew by 26.4%, to almost 3.7 thousand vehicles, according to the Association of European Businesses (they take into account the data of importers and represent about 80% of the segment). This is better than last year, when the market grew by 8% in the first three months. Only sales in the road segment showed a negative trend: sales of tracked asphalt pavers (41 units) decreased by 24.1%, pneumatic rollers - by 50%, up to 3 units, two-drum vibratory rollers - by 40%, to 27 units. At the same time, sales of such single-roll machines are in positive territory immediately by 61% (66 units). Sales of self-propelled graders increased slightly less actively - by 52.9%, to 136 vehicles, by 50%, to 51 units, - rigid dump trucks, by 48.6%, to 55 units, - articulated dump trucks. Among excavators, the segment of wheeled vehicles grew most actively (by 38.2%, to 181 units), a little slower - caterpillar (by 27.1%, to almost 1.2 thousand units) and backhoe loaders (by 29.8% , up to 1 thousand pieces). Sales of tracked tractors increased by 18.4% (290 units), wheel loaders - by 24.4%, up to 280 units, skid steer loaders - by 19%, up to 332 units. In 2020, the special equipment market grew by 0.3 %, up to 13.8 thousand cars. This is significantly slower than in 2019, when sales of special equipment increased by 12%. But even then, the market volume did not reach the pre-crisis indicators of 2012-2013. The further situation on the market, according to the Association of European Businesses, will depend on the decision on waste collection: in case of a sharp increase, sales will go down.

Финансовая аналитика, прогнозы цен на сталь, железную руду, уголь и другие сырьевые товары. More news and analytics on Metallurgprom telegram channel - subscribe to get up-to-date market information and price forecasts faster than others.
Сomments
Add a comment
Сomments (0)
On this topic
Russia has increased the production of agricultural machinery in 2020 by 30%
The Chinese company Sany has become the first in the world in the sale of excavators
Krikliy invited Austrian companies to participate in the selection of a manufacturer of electric
Consolidated revenue of Yandex grew by 30% in the third quarter
Is the German auto industry preparing for a collapse?
Indian auto market records biggest sales drop in 19 years in July
Recommended:
Ukrainian court invalidated sale of Ferrexpo Plc shares in 2002
UK government to set up Critical Minerals Agency
Financial giant Goldman Sachs begins massive layoffs
News Analytics
British Steel owner asks government for financial support05-10-2022, 13:05
The price of gold crossed the mark of 1700 dollars05-10-2022, 13:28
US coal prices top $20004-10-2022, 10:16
Tata Steel merger plan to secure long-term profits03-10-2022, 10:46
US hydrogen prices to drop to zero dollars per kg in 5 to 6 years: Platts02-10-2022, 21:53
China production cuts in winter will give limited boost to steel markets -15-09-2022, 10:09
Steel prices may rise as manufacturers stop production11-09-2022, 14:06
IREPAS: The global long products market is in a "dramatic situation"10-09-2022, 20:49
Steel prices are unlikely to rise significantly in the near future - analysts02-09-2022, 22:58
Steel prices may move up on new data from China31-08-2022, 12:19
Sign in with: